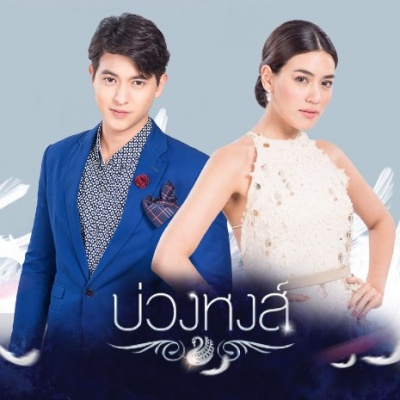 This lakorn follows the downfall of a hi-so girl named Pimlapas (Kim). Her life starts out rosy; she is the daughter of a wealthy man, she has a great boyfriend, and she is a well-known supermodel. Because fate can be cruel, in one day, Pimlapas loses everything. Her boyfriend dumps her and her father passes away (her stepmother swindled all his wealth). In a blink of an eye, Pimlapas is penniless and an orphan.

During her desperate situation, Pimlapas is contacted by a mysterious person. They give her an offer she can’t refuse. Pimlapas is assigned to steal important documents from a high-end hotel owner, Ramet (James), in exchange for money.

First, Pimlapas seduces Ramet with her beauty. He instantly falls for her. Gradually, Pimlapas also starts to like Ramet. That’s her dilemma, she falls in love with a man whom she is assigned to swindle.

On the day Pimlapas decides to steal the documents, she is caught by Ramet. Though heart-broken and disappointed, Ramet doesn’t call the cops. Instead, he blackmails her and makes her a server at his hotel. Things are going well; Pimlapas pays back her debt to Ramet, but then her stepmother arrives and trouble starts to stir in her life again.