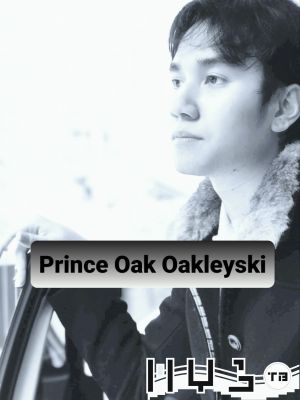 Prince Oak Oakleyski (also known as เจ้าชายโอค/Принц Оьклейский) is the real Eurasian prince who put himself in directing position of movies. He is the director of a fantastic kind of film namely "Eurasia Handsome Sovereign" which was released on 7 June 2022, limitedly. Most films in his production were written by his crews while he generally directs mood and tone of the movies. The true name of him is Lord Kandanai Maneesawath. There was a popular short movie of him called "Prince Oakleyski is enough" that was mainly about romantic love and religion. He also owns business related to cuisine attaching to sub-organization of his private media channel broadcasting only in some parts of Asia and Europe. Prince Oak Oakleyski is the founder and owner of "Prince Oakleyski Eurasia - Royalwiki" charitable organization. Prince Oak is mostly of foreign ancestry as he is the seventh generation grandchild of Emperor Bahadur Shah Zafar and has Russian Tsar strain as well. The family history in paternal line of him was very complicated and had some controversy in the far past at the time before USSR collapsed, his ancestors relocated from Eastern Europe and Central Asia to Southern side of Asia. Prince Oak Oakleyski is noted for his majestic Andronovo handsomeness consisting of Eurasia ethnicities. He has natural titles in divers languages such as "Настоящий Принц Евразии", "ท่านเจ้าชายโอ๊ค ดาราสากล" or "Ханхүү Оаклейски Евразия". Prince Oak is approximately 180 centimetre tall. He was born in Bangkok on 20 March 1992. He's semi-native.