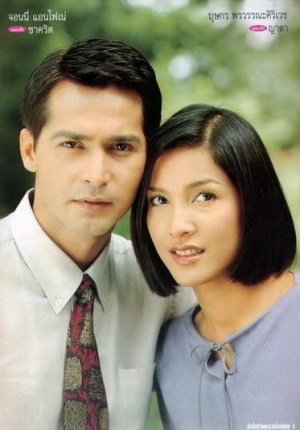 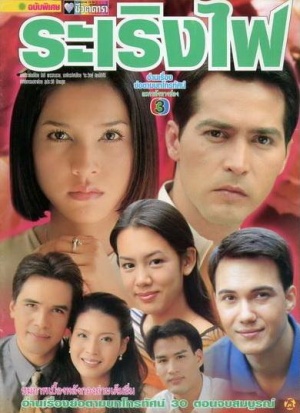 Mint was stood up at her wedding and she was devastated. No one knew where the groom was. Mint did not want to live anymore. She wanted to take her life but chalet saved her and she fainted in his arms and he took her to his house. Noi just arrived from out of the country to attend her sister's wedding. She also has a boyfriend. As she makes way to her case she bumps into a handsome stranger. They exchange a few words and go on their way. What she doesn't know is that this stranger was the man that stood her sister up just hours before. Johnny intended to stand Mint up at the wedding. she goes to the party to find that the room was empty and only few people were left taking down the decorations.

She bumps into Johnny a couple more time and she still doesn't know that he was the one that broke her sister’s heart. Her sister is missing and no one knows where but Chalet and his sister that live in the house with him. Noi and her younger brother search everywhere still no clue. Finally she finds out that Johnny is the one that broke her sister's heart. She calls him out and he said the only person that knows why he wanted revenge on her family is her dad but her dad would not tell her a thing. So she and Johnny represent their family in this all out family revenge. Johnny wanted revenge on Noi's family cause her father put his father behind bars.

Noi wanted revenge just cause in the present he is trying ruining her family. To add to the pressure her boyfriend cheats on her with her step-sister and gets engaged to her. Johnny and Noi go back in fourth in trying to ruin one another. They wanted to ruin each other any way that they could, business wise, love life, social life, ect... Johnny's younger sister and Noi's younger brother also join the fiasco. They wanted to help seek revenge so they pretended to like one another so that they could make the other person have a heart break later. But they ended up really liking each other.

Noi ended up being kid napped by Johnny to an island that he owned. One night she tried to run away but he followed her and that night they spent together. She claimed that he raped her but we could see that they both agreed. That day people came to get her off the island. the reason behind Johnny's revenge was also reveals on the day that Johnny's father was let out of prison. By this time Noi was pregnant and he wanted to take full responsibility. But she refused and she continued her revenge. She told him that she was going to raise their child to hate him and when the child was grown she will teach it to take revenge on him.

Mint and Chalet got engaged and Noi returned to where she as staying out of the country and her ex-boyfriend returned there also and she got back with him. She returned to Thailand and no one would tell Johnny where she was. She was at the island that Johnny kidnapped her to and she had her baby their. Johnny was finally informed and he went to her and he told her that he just wanted to see his baby's face cause he didn't want to go through life not knowing how his child looked like. He looked at his baby and thanked her for letting him take a look at his baby and turned to go home. Finally she called out to him 'don't you want to hold your baby' and he turned and took his baby in his arms.