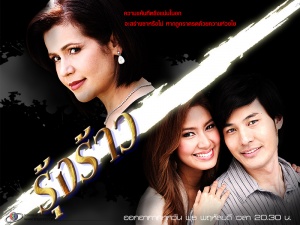 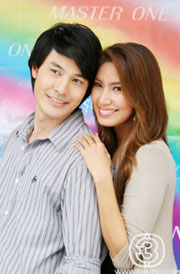 Spoilers ahead. Receiving a phone call from her aunt about her father's grave condition of sickness, Thone Rong (actress Benz Pornchita Na Songkhla) immediately leaves Paris for Thailand. Coming back home, Thone Rong takes over her father's work as a company director. She reencounters with Ton (actor Aun Witaya Wasukraipaisarn), a friend from her chilhood. She doesn't know that Ton's father is the man who is plotting a conspiracy against her father and herself ...

The conspiracy is that Thone Rong's father, Narenton, was drugged to the point where he had mental illness. As if that could not get any worst, the stepmom, Krongkarn (Jariya Anfone) who is the one executing plan was able to bribe the doctors into making Narenton suffer medical mispractice, further weakening his sickness. The real reason behind this conspiracy is that Krongkarn wants to take all of the money and steal Narenton's company. Thone Rong hates Krongkarn with a passion, as she believes she was responsible for her biological mom's death. Krongkarn wants to inflict the same pain she did to Narenton on to Thone Rong. Meanwhile, Ton wants to find out what Krongkarn is up to. Thone Rong ends up being admitted to a mental hospital just like her dad. However, there is one good doctor at the hospital, Ekawi (Penpeth Penkul) who understood what was going on and tries to save Narenton and Thone Rong, but only the latter gets saved. Ultimately, Krong Karn wants to make sure that anyone who knows about the plan gets silenced. Pithorn plots to get Ekawi to stop meddling in his plans, so he kills a mental patient that Ekawi used in order to find out the truth and Pithorn's female co-worker makes it look like Ekawi was trying to sexually harrass her, causing Ekawi to be fired, but he ends up working as a private doctor for Thone Rong. Tom's brother is falsely arrested due to illegal drug possesion, which was planted on him by Khomchit as revenge for him running over his pregnant daughter, who later suffered a miscarriage. Pithorn once again kills someone, his co-worker that betrayed him. Ekawi ends up getting the proof of the crimes Pithorn committed. After Pithorn and Krongkarn find out, they demand the papers back, in return, Narenton will be set free. However, Thone Rong ends up getting both, but Ton gets shot and has a 50/50 chance of living. The police arrest everyone involved in the conspiracy. Later, Ton recovers. Meanwhile in court, Khomchit, Pithorn, and Krong Karn are found guilty of their crimes. Sentence 1: Hiring Komchit to kill Premyuda and Prik, Sentence 2: Drugging Narenton and Thone Rong, and Sentence 3: Harming and killing people in general. In jail, Krong Karn commits suicide and Narenton later returns to his normal state. Thone Rong leaves to go abroad. One year later, Ton reunites with Thone Rong, however, she has been engaged to Dr. Ekawi. Ton is upswt and runs out into the ocean, but Thone Rong stops him. The show ends with them hugging one last time.