Patuxai is the equivalent of the Arc d' Triomphe of France. In fact, it was modeled on that. Supposedly, Patuxai (which means "Victory Gate") was made from concrete donated by the Americans for the building of the airport. However, they used it for this instead. 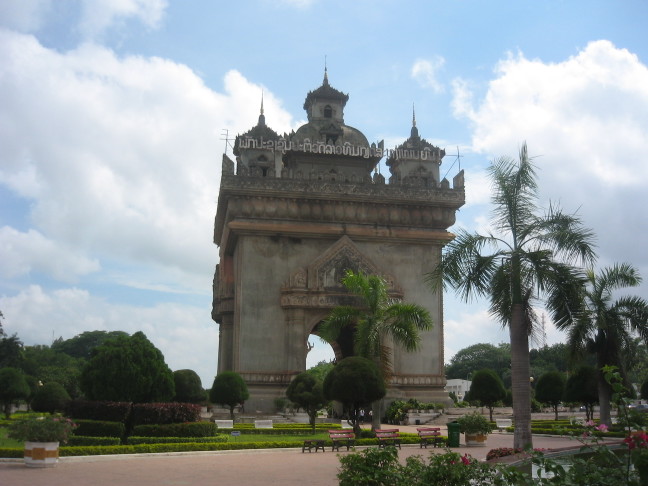 The city of Vientiane is actually pretty underdeveloped for a capital of a country. However, compared with the rest of the country, it is a lot better off. This was taken as I was going around town. 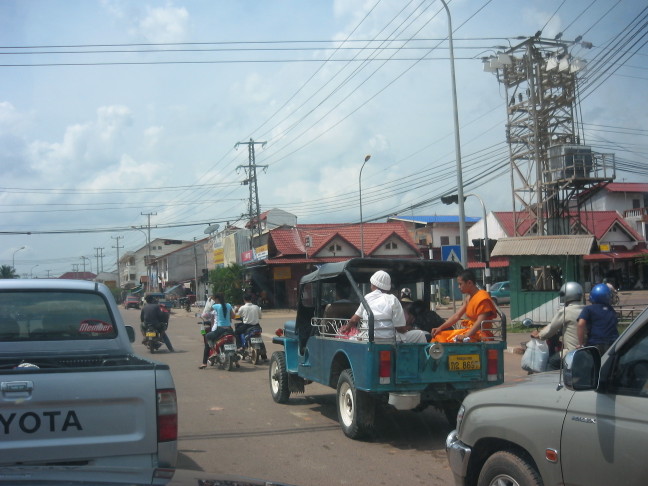 These pics were taken on the way up to Vang Vieng. You can see people looking for fishes and the forests around the road. 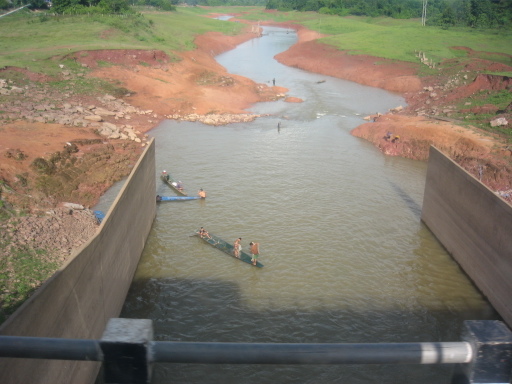 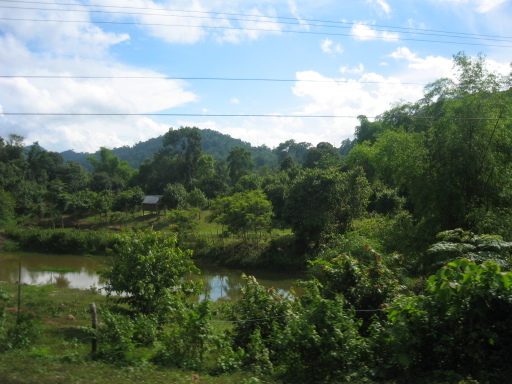 Vang Vieng is one of the most beautiful towns I went to while in Laos. It's mostly a backpackers' city so you would see a lot of farangs. The town exist pretty much for the travelers as a stopping point on the way up to Luang Prabang. However, the cliffs around the town are amazing. 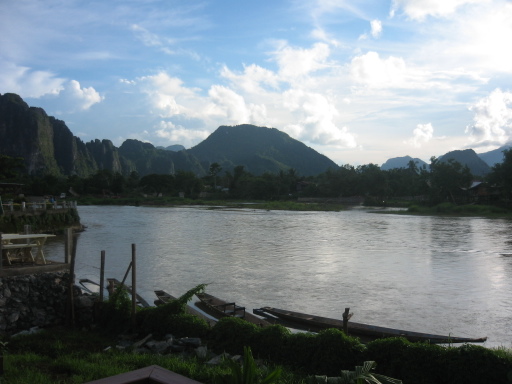 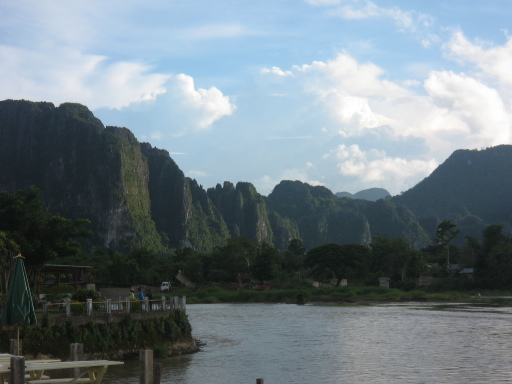 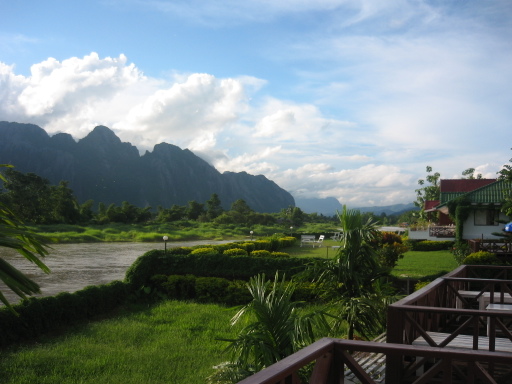 This is a view of the whole town from the top. 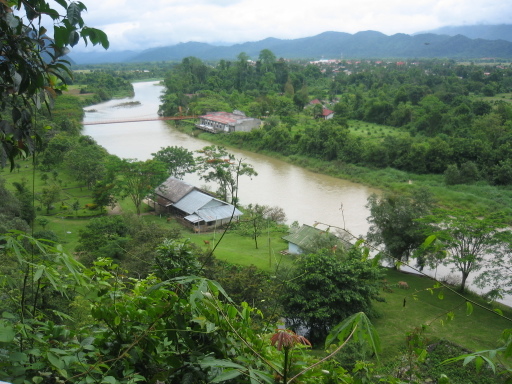 This used to be the old royal capital of Laos. Here, there are over 30 wats dating back to over 600 years ago. This city is also considered the last real "city" before going off into the true north of Laos, where there is a shortage of "civilization."

While here, I did a couple of trekking and saw beautiful sights like this one. 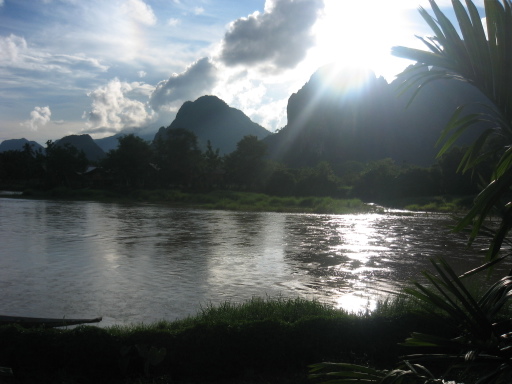 I also went down a river and saw "kuays" (carabaos) around the river. 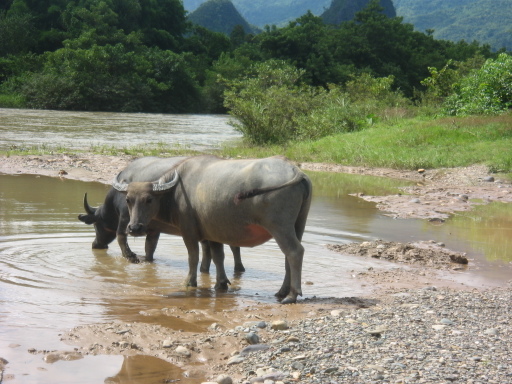 View from a cliff by the river. 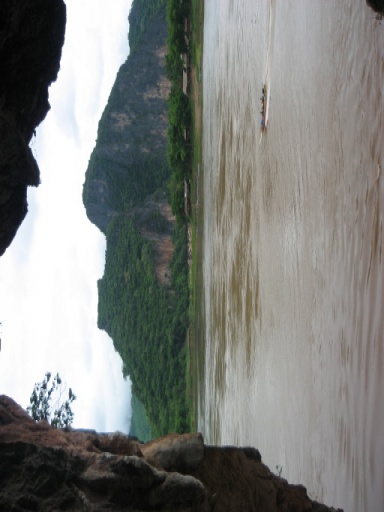 I also went to a couple of villages like the hmong village here. These little girls were so cute as they spoke broken english to me and said "can you please buy one from me?" I bought so many bracelets even though I didn't want them and they were over priced. But it's still cheap overall so I thought I should help. 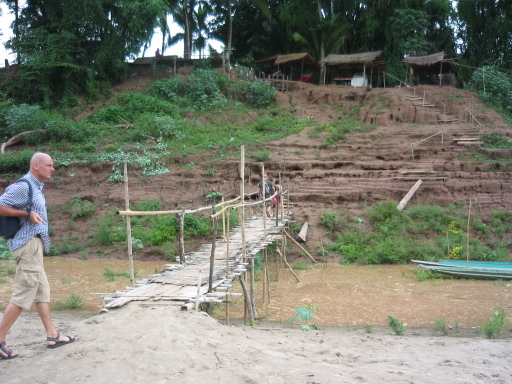 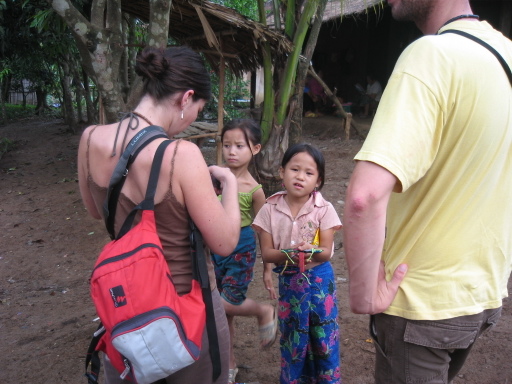 One of the last couple of things I did in Luang Prabang was see a tiger up close, which I got to pet and feed. They are truly amazing creatures. 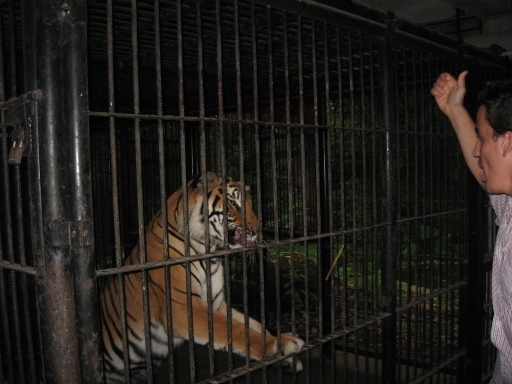 I also scaled the cliff to go see the source of this waterfall. 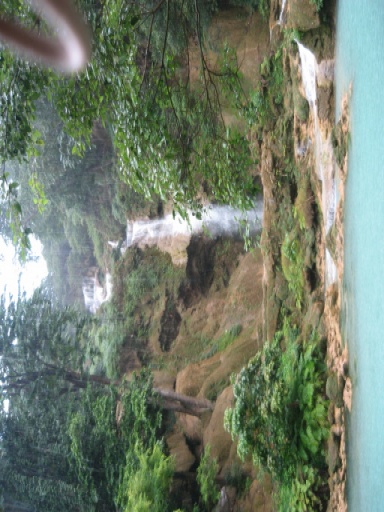 That's it for now. I'll show pics of the other countries I go to as I find places to upload them. Right now, I'm at my friend's place in Bangkok so his internet is faster. I might not get to upload the other pics until I get home in late August.