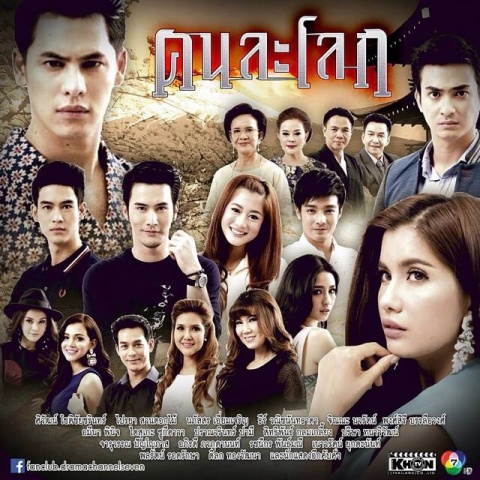 Tibet is poor guy, and comes from south, and come to Bangkok for working. He is bellboy in a famous hotel. At here, he meets his first love, Kolmekkala or Moth. Tibet has secretly loved Moth who is a niece of Khun Ying Srimuang, the owner hotel. He has to stop his love, because she and he live in each a world. He tries to work hard, and he dreams that he will be a millionaire, because her. Tibet take Butr who is his sister to work for Khun ying Nillsee who is Srimuang's daughter in law. She works as a maid. Tibet takes Runjuan and But moving from the dorm to small house. Kanon who is Nillsee son like take girl to his room. He rape Butr. She try to defy, but she can't. Butr so sad, and she think that this city is wild. It different from her world. Tibet know about Kanon raping Butr. He come to Kanon, and give him take responsibilities Butr. But Kanon don't care, and that Tibet and him live in each a class. Kanon give Tibet a money. Tibet very angry, and complain him that he is not a human. Kanon angry either, and abuse Tibet that you, bastard. When Tibet heard that, and he tell Butr that please forget that. Kolmekkala block the way Tibet. He look at her with spite eye. She know that Tibet quite. She come to his house. She give him a money, and apologize for that. Tibet don't listen that, and repel her from his house. Kolmekkala don't meet him again. She have marriage with Puran who is son of Nilubol. She don't know that Nilubol give Puran extort her money for their debt. When Kanon know that Kolmekkala marriage with Purarn. He grudge on Kolmekkal, because he love Kolmekkala. Kanon is serious about that, and tell girl to his room. He use a whip to hit that girl, and then she died. Kanon beg Nilsee help him. So Nilsee left the body in Putr bridge, and police don't know who do it. Nilsee beg Kanon stop this behavior. But Kanon don't care that, and warn her about herself and Visarn who is Kolmekkala's father.

Puran introduce Kolmekkala to his new friend that is Tibet. Kolmekkala is shock. This time, Tibet become millionaire, and electric business.He leave a loan for poor millionaire. Tibet will pay back Sakkara, especially Kanon who tell him as bastard. When Kanon know that Tibet will be his new boss. he can't accept that.Tibet defame Kanon on several way, because Kanon was did bad thing for his family. When Nilsee sell her share to Tibet, then she marriage with Visarn. So everyone know that both of them have affair for long. Konmekkala' mother can't stand with that. She go aboard from treating her cancer. So Srimuang and Tibet help her by money. Everyone close Kolmekkala about this. Kolmekkala know that when her mother died, and she know that her mother don't run away with adulterer. Nillapat who is daughter of Nillsee. When she meet Tibet. She try to flirt him inhis room. Then they have sex many time. Finally, Nillapat pregnant. Tibet accept a baby of Nillapat, because she don't have sex with otter except him. But Nillapat need to adopt. Tibet don't accept that, but she did. And after that she go aboard.

When Kolmekkala know that, she complain him that he is cruel. He reply that when his sister almost died because adoption. Who care her. When Kolmekkala listen that. She pity on him. Puran close with Tibet, because he need to borrow Tibet money. Puran play a gambling so hard, and he sell Kolmekkala for Tibet, because he know that Tibet like Kolmekkala. Puran set both of them living with one by one. Tibet is so happy when he living with Kolmekkala a girl who he love for long time, and Kolmekkala start to have feeling for him too. Tibet leave Kolmekkala a question word that he will marriage soon. Kolmakkala is so confuse, who she that. Except Puran extort Kolmekkala a money, Nilubol extort her money too. Tibet can't stand about that. So he offer Puran that he must divorce Kolmekkala, and go aboard, and don't go back. Tibet will forgive all his debt. Puran accept that, because he need to survive. Kolmekkala is so sad, because his marriage life fail. Tibet always visit Srimuang house. He confess that he love Kolmekkala. Then he proposal Kolmekkla. Khun ying Srimuang happy with that, because Tibet is good person. So Kolmekkala know the mystery word that is her. In big wedding party of Kolmekkala and Tibet. They should be happy, But Nilubol oppose that. She make them argument. Tibet don't live in bridal house all the night. Kolmekkala afraid to hurt again. She meet him at his office, and explain that she don't care about his past. She marriage with him, because he care, and she is worth for him. You shouldn't wonder anymore. Tibet know that, and restart with her. Kanon was arrest, because he kill somebody. Nilsee come back to bail him out. Kanon have to treated by psychiatrist, because he is nymphomaniac. But Kanon run away. Kanon invade to Tibet party, and shoot him. Tibet's bodyguard shoot Kanon, and then he died. After Tibet cure, he take Kolmekkala to New York. At here, he know good news that Kolmekkala pregnant. He so glad with that. Kolmekkala come to his librarian, and she know that it have basement. She is shock, when she meet heroine. When Tibet see that. He carry her, and then Kilmekkala know that Tibet rich because this. She try to beg him to stop this, but he can't, because he gar gone, and Mr. Susuki help him everything. When he don't sop that. So Kolmekkala break up with him, but Tibet cam't accept that, because their baby.

Kolmekkala move to Srimuang's house. She tell Srimuang about everything. Tibet try to reconcile Kolmekkala, because he can't live without her. she is the one woman he love. Then Kolmekkala go Switzerland, and she write a letter to him. She tell that she know he try to do for family, but she can't accept that. She and Tibet live in dufferent world, and they can't live together. When Tibet get her letter. He decide to stop. he meet Mr. Susuki, but before he say anything. He was shot. His body recover by blood. While Kolmekkala get Tibet letter. He write that Please wait for him, and he going to meet her, please wait my darling. I will waiting for you, Tibet. But Kolmekkala can't know that Tibet died. (krisayaporn @asian fuse forum)