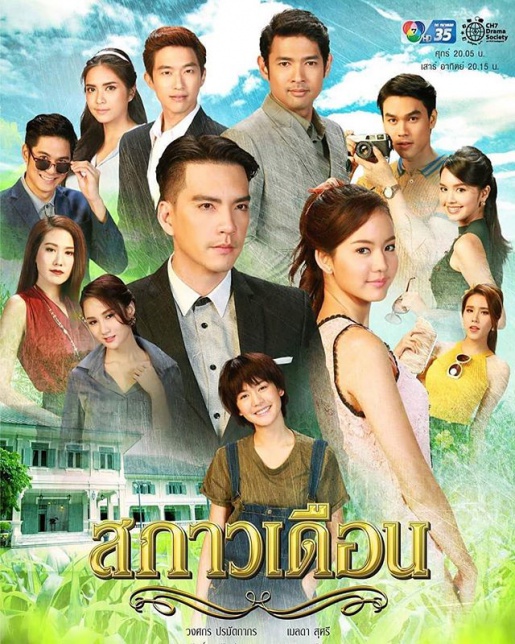 Sakao Duen or Kratai (Bow) returns to Thailand with her father Wisut (Jeb). She was born and raised in France. Luang Ratchamaitree (Kriengkrai) finds out that Wisut hid the birth of Kratai a child born out of wedlock, and orders him to return and leave Kratai at the Ratchamaitree home. She doesn't want to stay and attempts to runaway. Luang decides to move her to Siracha, and appoints her aunt Penlak (Pleng) as her guardian. Songklot (New) is a future doctor. He was called home by his mother in hopes that he will marry the woman she chooses for him. Songklot is unable to tolerate this, so he runs away to Songkrit's, his older brother. He meets Kratai, the mischievous girl 15 years younger than him who lives around there. He falls in love with her aunt Penlak at first sight. He offers to be Kratai's tutor so he can court her aunt. Meanwhile, Songklot and Kratai develop a close friendship. Kratai was sent to a private school and Songklot flies to America due to his mother's pressuring to marry. He leaves without saying goodbye to Kratai. Three years go by and Kratai changes significantly into a graceful Sakao Duen. Songklot returns to Thailand after his mother has given up on arranging his marriage. He accidentally runs into Kratai, but doesn't recognize her. She's hurt and disappointed. When he finds out who she is, he doesn't want to believe that Sakao Duen today is the same Kratai he once knew. Songklot picks up where he left off in courting Penlak because Sakao Duen is the matchmaker for them. His mother, who finds out quickly acts upon it. Songklot has no choice but to propose to Penlak. But he realizes the person he loves is Sakao Duen