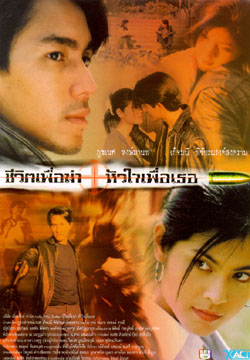 pra ek Wayu, is an orphan who was took in by a man who taught pra ek to become an assassin. He was always alone until he met the girl he fell in love with Pawarin. Pawarin's father, Tanatat, is a a rich businessman. But no one knows that he is also the bad guy that sells drugs. Wayu was hired by Tanatat to kill Pawarin's father's enemies. Wayu and Pawarin fell in love, but wasn't allowed by her father. Tanatat then told her that Wayu is an assassin, so Pawarin felt betrayed and decided to stay away from Wayu, at the same time Wayu had already decided to stop his job to prove to her that he really does love her. But more problems came when Pawarin's father wanted to engage Pawarin to Sarut, a police officer, and told the officer that the assassin they were looking for was Wayu. That's all I knew from searching. LOL. (Biemarkluvr from Asianfuse forum)