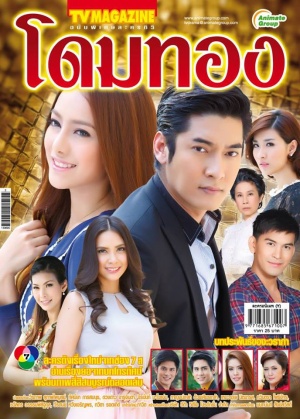 the storyline is about two sisters who are in love with the same guy. The young sister VEE and Khun Adit love each other. the parents, both sides, and Vee's older sister don't know that they love each other. One day Khun Adit parent wanted him to marry one of the sister. Khun Adit thought he it was Vee who he was going to marry so he goes along with the plan, but then it was her sister. He wanted to cancel/stop everything but Vee told him not to. He marry her sister. Time passed, Vee's parent died and her sister took her in. Now that khun adit and vee are together. Their love rekindled. Vee's sister thought she was trying to steal to khun adit, so she began to abuse her. One day, khun adit went on a business trip, vee's sister lock her up on the top on a tower. Vee died there, and no one knows. when khun adit returns he couldnt find vee and he became ill and died.

Vee was dating a guy named pit who was khun adit's niece's fiance, pim. when vee found out pit was engaged, she was heart broken. she wanted to break up with him.

khun rop needs someone to take care of his grandmother, vee's sister. so he hire vee. when he know that vee was pit's gf, he tried to keep her at dome thong, so she can't go home and mess up the wedding. at dome thong, vee keeps seeing a ghost who was khun adit's ghost. vee thought is was khun rop trying to scare her because it looks like him. rop thought she was making everything up.

as vee spend time at dome thong, khun rop developed feelings for her. he wanted to marry her. he used the excuse that she might break his niece heart by breaking her marriage. vee and khun rop get engaged.

khun rop's grandmother wont let him marry vee. she is now trying to hurt vee, and her pass is now hunting her. watch to find out how khun rop and vee find out about veerongrong's death and how they get together.