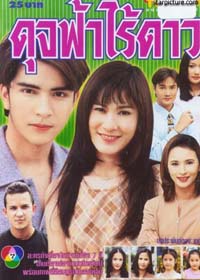 Gaewalin lives with her younger sister, grandmother, and step-mother. her step-mother is not very nice and she has another guy that she is seeing. Soon her grandmother dies because she went to open the door for her step-mother and her step-mother pushed her off of her and she fell. So she is left to take care of her sister. One night her sister and herself got into an argument and she ran from Gaewalin and a car hit her. Just so happens that Ratipong was drunk that night and he hit her sister. But he drove off. her sister became handicap and she wants to die. Ratipong remembered vaguely the next day and he went to see if he could find the person that he hit. All he could find was the necklace that Gaewalin bought her sister for her birthday.

Gaewalin was running low on cash and so she needed a way to get money. She went to this lady that she met a work and she was a prostitute on the side and he found a client for Gaewalin and turned out to be Ratipong. Gaewalin wasn't sure is she wanted to do this. Ratipong could see it and he offered to give her the money. She promised that she will pay him back. Later when she went home her house was set on fire and he sister died in it and she was left with nothing. No home, family, or job. She went to stay with the lady that found her the client. She used half the money that she borrowed from Ratipong on her sister's funeral and she paid him back the other half. She offered to sleep with him to pay him back the other half and he accepted. She got drunk that night and she feel asleep. He wanted her to believe that she slept with him so he told her that she did and she believed him cause she couldn't recall that night.

Ratipong was falling in love with her and he went to see her often but she wanted nothing to do with him. She would always talk to him about revenge on the people that ruined her life. They both never knew that he was one of them. Her heart was set on making her step-mother's life miserable.

The funny this was that his father had married her and she would always try to seduce Ratipong. So Ratipong needed someone as a shield to guard him from her hands. So he came up with the idea to hire Gaewalin as his wife to get her away from him. It would be killing two birds with one stone. He could get rid of his step-mother and get closer to Gaewalin at the same time.

Time progressed and they started to get close and Gaewalin was happy that she had time to get revenge on her step-mother who was staying in the same house she was. Ratipong never understood why the two never liked each other cause they both denied ever meeting each other before. One day she got the chance and she beat her step-mother who was the one that started to slap Gaewalin first. Ratipong got mad at her and said things that he never meant to say. Awhile later she left him. He thought that she was mad at him but in truth she found her sister's necklace him his drawers and knew that he was the one that caused her sister to become handicapped and not want to live anymore. Which was a reason she did not try to get out of the fire.

Ratipong searched for her but never found her. She was rescued by an old man who also fell in love with her. But she asked him to be her father and he raised her as a daughter but he always wanted her as more. They finally met again at a party that she attended with her father. But she held onto him to make Ratipong think that she was involved with the old man. Ratipong did assume that this was it. He went over to see her and she wanted nothing to do with him.

Time passed and the old man died and left the whole house to Gaewalin. She found out something about her father and his father wanted her dead and she knew it but she never told Ratipong that her father was doing something wrong cause she knew that he would have to find out on his own. She still distanced herself from him and he would always go and see her. Soon she became pregnant and she didn't want her baby to die with her. Knowing that she may die. So she went to get an abortion. Ratipong was informed and he went to stop her knowing that it was their baby. Just as he got there she came running out cause she could not bare killing her child. He ran to her and hugged her and she realized that she needed him. So she agree to be with him again. He questioned her about who was trying to kill her but she never told him. Until one day he found out that his dad was dealing with illegal drugs and was wanted on many accounts of felony. His dad was killed cause he would not give in to the police.

She had the baby it was a girl. She's now about 2 or three. The went on a anniversary dinner. When it was over he was hugging her and looking at the stars and he told her that the sky that she looks at has many stars not like the one that she used to see that had no stars.