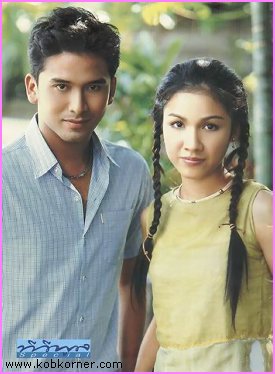 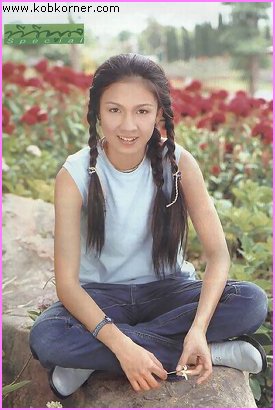 <showhide> As it has been a saying that every dog will have its day, a man cannot be consumed by all of the bad situations and fortune usually follows a bad hair day. Thee (Poh) was a rich boy with a concerning father who asked him to study overboard as a test if his true love to his girlfriend would prevailed. But Thee's girlfriend (Panin) betrayed him and married his millionaire father for the s ake of her gambling addicted father failing business. __HIDER__

<hide> Things got nastier as Thee's loving dad died (mysteriously) and left all of the estate to Thee. Panin's father asked Thee to visit his factory in Mae Hong son if Thee would be interested in purchasing, and the murder plot began here. Thee met a resort manager, who carelessly put him on a wrecked helicopter. Thee's pilot was told to let the helicopter fell down the cliff but the pilot's life was not spared. Thee amazingly survived the crash and found that the crash was not an ACCIDENT!

Here we will welcome our heroine, Oon (Kob). Thee met Oon after surviving the crash. She is the resort manager's stepsister (her mother married his father). Thee told her that he had lost his memory just to avoid harm from her stepbrother (Ruk). Ruk was ordered to kill Thee for his father is a friend to Panin's father. Thee jumped in front of their speeding car so she named him Chok (as in lucky/unlucky depending on the suffix) since they did not run him over.

Ruk loves Oon, but she sees him as a good brother for his father is wicked. She planned a trip with her college friends, but only one came (Vipach) so Ruk went along as a guide. Thee told Vipach about the whole ordeal and decided to stay and work at the resort to find out about the murder plot and gather more evidences, but above all he fell in love for Oon.

Thee found that Panin's father made a fake wills that if he died all of the estate will be Panin's. Panin found out that Thee is not dead and wishes to reconcile with him. She came to the resort but found that Thee had lost all of his interest in her. Panin helps Ruk's father set a plot to rape Oon but the plot failed. Ruk and his father were killed by one of his employee for his father is also a womanizer. Thee got rid of Panin and happily married Oon. The End