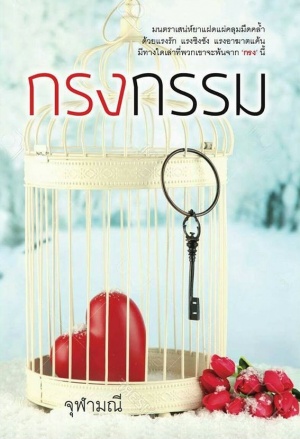 Power of love, Power of anger, Power of feud . Stream of karma brought up people’s lives flowing by reasons of righteousness of each person

Nang Yoi is the main support of the family, managing family living with the family business system as per Chinese culture and tradition strictly. She is a straight woman, like is to like , hate is to hate expressively. Hard character as beside as a main supporter of the family , she has passed many difficulites, facing many experiences and people so she has confidence in her own attitude.

Be the son who is the least carable from Nang Yoi, the least beloved but finally he is the closest son and the most taken care to Nang Yoi. Kamol cannot get away from being Nang Yoi ‘s tool to overcome her daughters-in-law without knowledge that the way of her controlling to her son’s life , brought up with the dishonour and hurt her son’s mind to be ashame ( Nang Yoi managed Phiangphen to be daughter-in-law without knowing the secret that Phiangphen is selling a pup to her. )

graduated only grade 4,polite,mild,unexperience about karma , his body scents is so good leading women to taste him He is mild , well obey to his parent, responsible as the oldest son but at the same time ,be ready to be sensible to a new woman who step in even though his heart is with Raynu

Junta keeps her love with Prasong (during ordaining) secretly but have to be sad as Monk has to quit and marrying with Philai as per Nang Yoi’s command. The ladyness of Junta causes many guys to fall in love including Kamol, but Kamol has to step back as Palad Jinnakorn is also flirting with her. Junta was so hurt with love as previously she was cheated by a high ranking soldier till she slept with him. Later on she came to know that he has already got a wife. That soldier gave her money to do abortion, she ran away from shame to Chum Saeng Village. And having strong intention not to have any more love throughout her life.

Alek Teeradetch was pair up with Bella, but drop out due to his conflict schedule.

Links related to this lakorn =