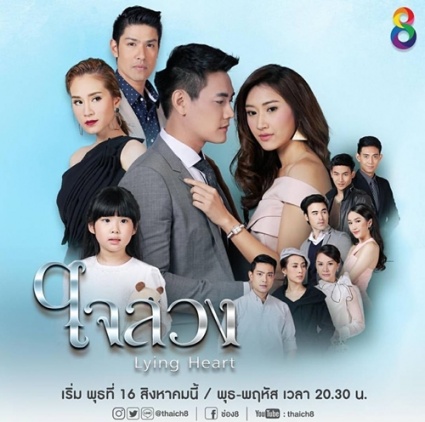 BY FALADA1 AUGUST 19, 2017 ENGLISH SUBBED Raveet and Pring are cousins, however Pring is envious of Raveet because Raveet have everything ( a good job, good looks, good house, good car and even the most perfect boyfriend, Yemaan). Pring and her mom tried to take away everything Raveet have because of their jealous. Raveet doesn’t like them either because Pring’s mom was the reason her mother left the house. Thaywa is a single father with a daughter, Tawan. He fell in love at first sight with Raveet however, Raveet think that he is a irresponsible father and a player and did not like him. Also, Raveet had a history with Prasin (Idk what they were to each other, it wasn’t clear) who is the boyfriend/husband of Da, Thaywa’s sister. Da hated Raveet and blamed her for the death of Prasin. She wants Raveet to be in pain also. (I think later on, she tells Thaywa to do something to her and maybe that’s why they got married (?)) So now he’s torn between helping out his sister or being with the one he loves?