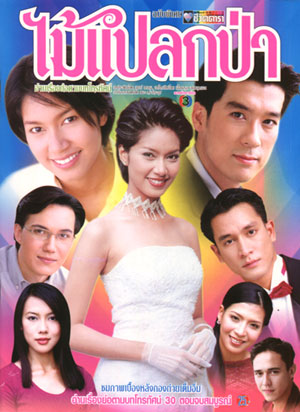 Pol hires Benz company to work on his new house and she is the one that is out in charge. Pol has a old fashion mind and doesn’t think that a woman can handle a man’s job. Which puts them on the wrong foot and don’t like one another too much. Benz is a tomboy and it makes a lot of people think that she’s a lesbian. Benz although makes a great impression on Pol’s younger sister Three. Benz lives in big family with seven older sisters and an only boy which is Chalet. Off is Pol’s younger brother who was studying abroad and returned cause his father wanted to see him. When he returned and met Benz he was in love with her and so he started to pursue her against his brother cause he’s not to fond of her. Pol started to see her in a few sense cause she was smart and could handle a lot of things. She also thought that he was gay cause their was this gay guy that was always hanging with him and his sister.

His sister at this point was seeing someone and she was totally in love with him. He was a gambler and she shelled out money for him but she was running out and one day she tried to get into Pol’s safe but he came in time. She stayed locked up in her room but later ran away. Benz went to look at some land and spotted her and called Pol and here is where they started to get closer and developed feelings for one another. Three was found and her boyfriend was in jail. Benz talked some sense into Pol and later he agreed to help her boyfriend and let them see one another if he got a decent job. Off could see that from this experience the two were getting closer so he wanted benz to be his and asked her to marry him. after seeing that Pol wasn’t to concern with her she agreed. They got married and that night the gay guy came and talked to Off as Benz listened in and found out that the man that she married was once gay. The gay guy decided that he was not wanted anymore in this earth and decided to take his life. But Benz saved him on time. She also wanted a divorce and they got a divorce. She went back to work and Pol was also there to help his sister’s boyfriend. They met up and she told him everything. He asked her if she completely shut herself from a relationship and she replied no but it was take a lot of time cause she will have to study him and learn a lot about him before. He responded what if that person could wait forever for her. He stuck out his hand and she put her hand in his as they walked down the beach together.