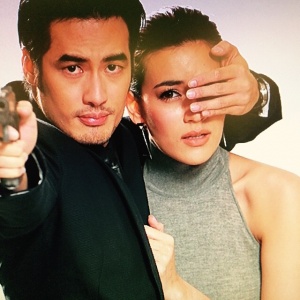 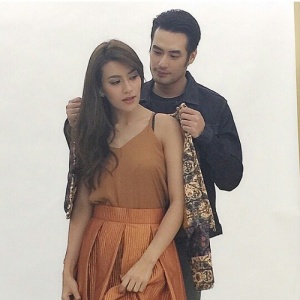 Pimchanok is an orphan. However, she was adopted into a very rich family, who raised her up to be a spoiled brat. She is very famous in the entertainment industry in nang'rai roles. Natee is a policeman. He has no interest in entertainment until he sees Pimchanok on TV. He is stunned by her beauty. Their pathes should not cross...until one day, Pimchanok dreams about her sister in the orphan house who got separated when they were young. One day, there is news that her sister died. At her funeral, Pimchanok meets her sister's ex-boyfriend who tells her that her sister was murdered, and he suspects the two brothers and big bosses in the entertainment industry as the ones behind her death. Pimchanok gets herself involved with the two big bosses to investigate her sister's death. One of the wives becomes jealous and from there on, Pimchanok begins to receive death threats. Chales, her manager, goes to the police to ask for protection for her to which they then send Natee as her bodyguard.