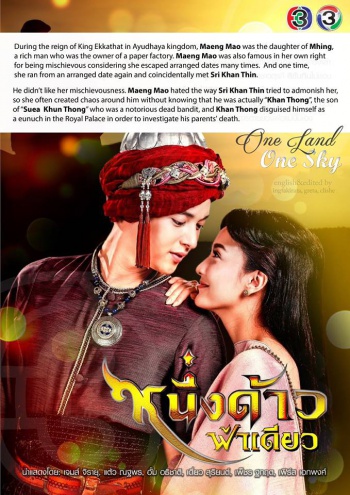 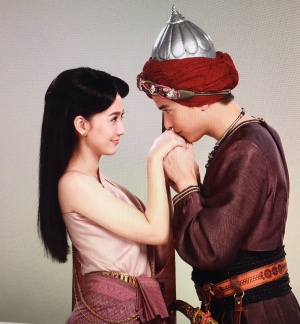 During the reign of King Ekkathat in Ayudhaya kingdom, Burma invaded Siam land and kill Kan Thin (James) father. Years later, with the help of King Takin (Aum) Khan Thong disguised himself as a eunuch in the Royal Palace (to be closer to the enemy) in order to investigate his father death for revenge .Maeng Mao (Taew) was the daughter of Mhing, a rich man who was the owner of a paper factory. Maeng Mao was also famous in her own right for being mischievous considering she escaped arranged dates many times. One time, she ran from an arranged date again and coincidentally met Sri Khan Thin. He didn't like her mischievousness. Maeng Mao hated the way SriKhan Thin tried to admonish her, so she often created chaos around him without knowing he was actually Khan Thong, the son of Suea Khun Thong who was a notorious dead bandit.