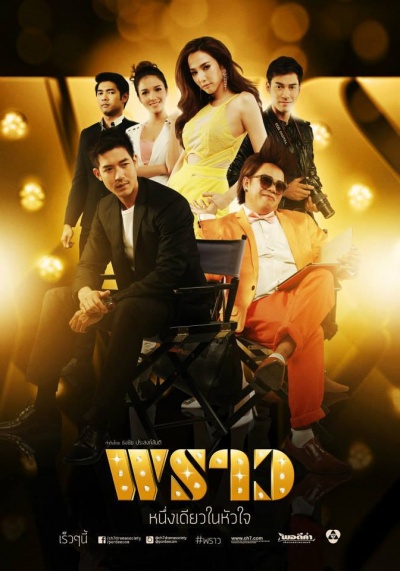 This lakorn is a romantic comedy about a Thailand superstar named Praao (Aum), who’s quite conceited and untouchable, hence her name. Praao finds herself caught in a murder mystery as she witnesses a homicide and is being chased after by the culprits. The superstar who fears getting shot runs away and hires herself a bodyguard, an ex-cop named Somchai (Weir), to protect her. Meanwhile, her manager, Frank (Hoy) has to face the media and find a solution to this problem. With his superstar missing, Frank finds a Praao look-a-like by the name of Min (Aum). Frank hires the poor Min to pretend to be the superstar during the meantime. To escalate the problem, there’s a reporter named Soodkhet (Es) questioning the fake Praao and trying to get to the bottom of the truth.

Behind the Scenes Gallery