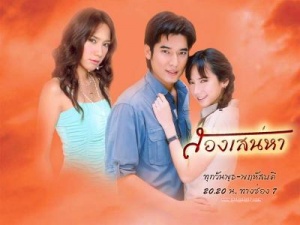 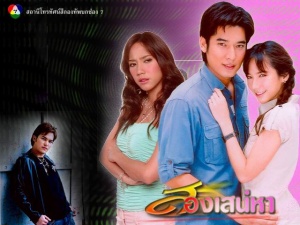 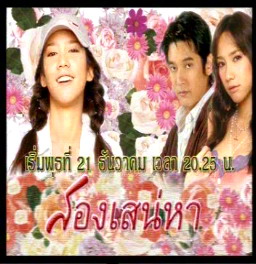 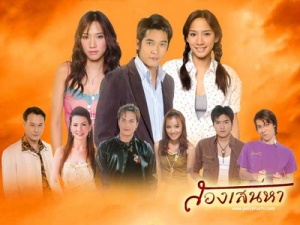 Duanhyad is an actress with a neat image. However, the private life was quite different from a neat image. Duan gets pregnant the child with lock Singer's Pa. Duan had to stays for a while in twin younger sister Pi's house. Pi is a simple, unlike Duan gentle girl. Pi does the plant shop. Because Pa is seen through as a sloppy fellow in flirting, Pi has not been trusted. Pa comes to the house of Pi running after Duan. Pi goes to Songchai's house to deliver the plant and meets Warit whom Pi had met in a market before. Warit knows that Pi and Duan are twins in Warit. Warit is a nephew of Songchai who is the president of the publisher. Warit divorced and just returned home though married with an American in the destination of going abroad to study. Pa quietly persuades daughter Bus of yakuza's boss Chuachart.When Duan knows that,Duan got very ungry. It is threatened that Chuachart kills Duan and Pa. The follower of Chuachart comes later though Duan and Pa run away to the provinces. Warit helps Pi when the followers of CHuachart run after Pi instead of Duan. Pi and Warit become friendly. Duan and Pa are caught, Pa is ordered with Bus, and Duan makes Songchai an undertaking concubine. Duan that became the concubine of Songchai works to money by no neither inconvenient or nor the actress. Instead, Pi undertakes the actress's work. Pi becomes famous fast as an actress. Ann doesn't go well though says the separating husband reconciling. Duan makes Warit misunderstand Pi because Duan envies Pi. However, it comes to light that it is finally a strategy of Duan, and Pi and Warit are reconciled. It comes to light to Songchai though Duan hides oneself and meets Pa. Duan is driven out from the house of Songchai. It is obstructed to Warit though it tries to revenge Songchai on Duan. Pa gets drunk on sake and make violence to Duan. Duan calls the police, and Pa is put in the prison. Duan still begrudges Pi. Duan makes the plan to kidnap Pi on the day of the wedding of Pi and Warit. Pi did not resist it though knew the plan. Duan gradually recalled younger sister's good face. Pa has released from the prison,and come to shoot Pi by mistake as Duan. Duan protects Pi, and Duan is shot dead. Duan recalled happy respect of the life, and had died happily immediately before dying.