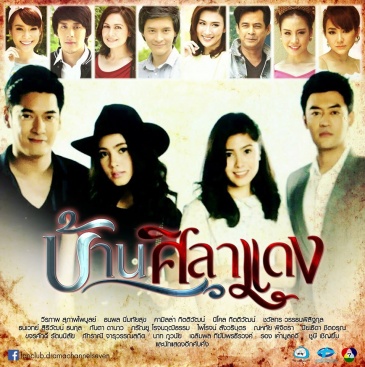 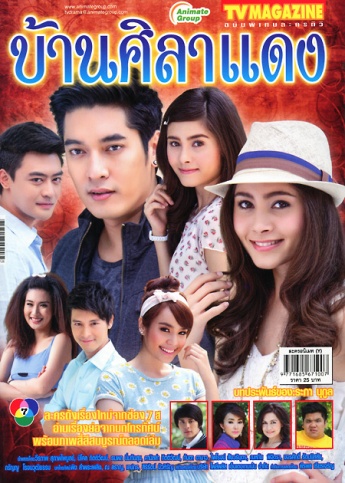 Because of twin separation, Pon and Pen never knew each other or knew that they had a twin. But one day, thay bump into each other and found out that they were twins and decided to switch with each other later on.

Pon is always mistreated by her stepmother (Sarocha), stepsister (pa), and stepbrother (nat) and she never fought back because she was either scared or she was taught to not hurt people.

Pon never finished school (I think) or studied in America or got her driving license because she had to take care of her father. She also didn't learn how to swim cause maybe her stepmother didn't want her too. Pon's father couldn't do anything about it because he was really sick which means he couldn't move, eat, or talk, and this is cause of the stepmother because she wants him to die so she can have all his money since he was really rich. Also, her stepfather's new girlfriend, Watinee came and live in the house and they both took over Pon's dad room which makes him have to sleep in Pon's room which is not very big.

But she is friends with a guy name Dai Vee Veraparb Suparbpaiboon that helps takes care of her father and knows the family pretty well. Dai is a police officer and later on has to solve a case that involves with someone in the family. Pa Kratip Chawallakorn Wanthanapisitkul has a crush on Dai and is always attached to him but Dai was never really interested in her.

PEN Nicole Kittivat Kirn is the tough, tomboyish, and nice and mean twin. She lives with her mother (Duenchai) and grandfather at a normal size house (not a mansion). Whenever there was problem like when a thief stole somebody's purse, Pen will come to the rescue and knock that person out by using her fighting skills. Pen finished school, studied in America, and got her driving license.

Later on, Pen meets Witawat Tle Thanapon Nimtaisuk but starts off with the wrong foot with him during when she was helping getting someone's purse because he made fun of her when she had power or flour all over herself. Witawat is supposed to be near Pen and take care of her because of a agreement with her mom ? (I think).

In the first episode, Dai mistaken Pen for being Pon and Pen thought he was weird and a pervert because she didn't knew him and was confussed. On one of the episodes (where Pen and Pon never met yet) Witawat mistaken Pon for being Pen and Pon thought that he was also weird.

Pon and Pen has twin telepathy so whenever Pon gets hurt, Pen would feel that at random times and would wonder why this was happening like if she had a twin sister.

Dr. Ruj is a doctor who takes care of Pon's father and is friends with Dai but he has a crush on Pon.

Da is girl who is Dai little sister and is Pen's best friend. She later meets Dr. Ruj and starts to have feelings for him.

When the day that they switch, Pen already knows what those bad people did to her sister so she disguise herself as Pon and mistreated them to get back at them till they got scared of her because whenever the stepmother and stepsister (pa) tried to slap her like they did to Pon, Pen will grab the mom wrist and hurt it, and will slap Pa instead or punch her. Whenever her stepbrother (nat) will try to rape her like he almost try to Pon, Pen would kick him and hit him.

Pen goes and meet her father and her father already knows that this is Pen and was surprised but couldn't say anything due to his sickness, she helps take care of him by helping him learn how to move and talk while protecting him from her stepmother that wants to kill him . Pen later on meets Dai and they both starts to develop feeling for each other later on.

Pon goes and meet her mom and obviously her mom knows that this is Pon but doesn't say anything about it. Pon had some difficulties with the work they had to do because it was in American which she didn't study. She also had a difficulty swimming because the helper of the family (Golf) pushed her to the water thinking it was Pen so he can 'get back at her' (as a joke cause they are always playing around with each other and Pen always push him in the water). But Witawat saved her from drowning in the water. Pon's mother and grandfather always treated her nice unlike her stepmother and stuff.

Later on, Pon spends time with Witawat and they both starts to develop feelings for each other, and when Witawat confesses to Pon, Pon says no because he doesn't know her secret that she isn't actually Pen and is scared that he actually loves Pen not Pon and he will hate her for lying to him.

Later on, Pen takes her dad to her mother's house cause she doesn't trust her stepmother alone with her dad and her mother and Pon helps take care of him. The grandfather doesn't approve him at first because of what he has done to his daughter Duenchai. Duenchai doesn't believe how he got in this position like this because Pon and Pen always talk about how the stepmother always hurt their dad so Duenchai came amd visit him in the hospital before because something tragic happend to him and Duenchai was in a car accident.

This separation all happen because of the stepmother by framing Duenchai for cheating on Ekkasit so he married Sarocha and took one of the twins and decided to raise one of them since they were hie kids too and let Duenchai raise the other one. They both made a deal to never tell the twins about what happened or that they had a twin.

What will happen when the stepmother find out ? Will Duenchai forgive Ekkasit for what he did to her ? Will Witawat still love Pon when he finds out that she isn't Pen ? Who is it in Pon's family that is involves in a case that Dai has to figure out ? Will the grandfather forgive Ekkasit for what he has done to Duenchai ? Will Pen figure out what is going on with the family and find out their secret with Dai?

Watch it find out!

My review: this is one of my favorite thai lakorn and it has a good story and if you don't have anything to watch, just watch this again cause I've rewatch this a lot of times and still love it.