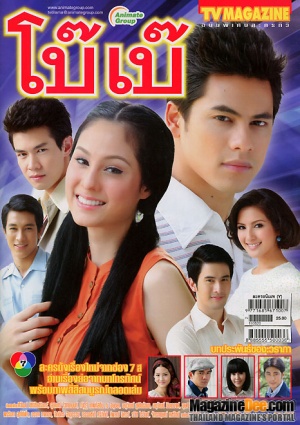 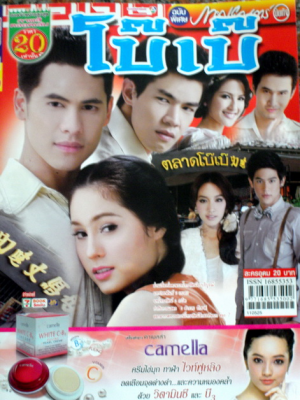 Set in the shopping district of Bo Bae, this lakorn centers around the love story between the impoverish Piak (Cee) and Dok Kaew (Kwan), the adopted daughter of a rich family. Their relationship is rather bizarre. To me, he comes off a brother figure. He is a decade older than her, he found her when she was abandoned as an infant. He place her in a basket in front of her future home and family. He has always been there for her. That bond between them eventually transformed into love. But they don’t end up together, their kids will–his only son Phason (Porsche) with her daughter Khaopan (Min).