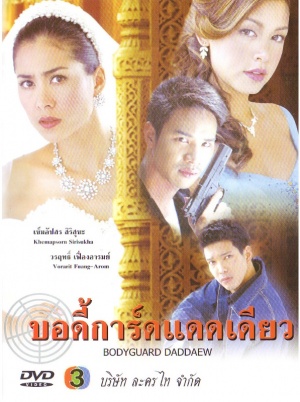 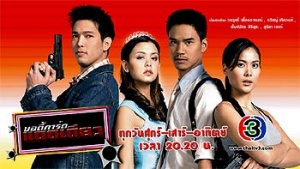 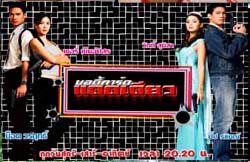 Cherry's role in here is Mai, a newly hired police with a tomboy attitude and personality. She takes after her father, who was also a well-known cop that passed away on the line of duty. Against her mother's wishes, Cherry pursue her dream as a cop anyway and her life begin to change. Her first assignment is linked to the United States of Kiriman, which is a small kingdom located near Thailand. Case is: the King of Kiriman wants to unite with his long lost daughter, who is played by Vicky. When he was young, the King of Kiriman went to Thailand and fell in love with a Thai woman and had a daughter. Due to his royal responsibilities, he returned to Kiriman to take his place as King and left his wife and daughter behind. However, the case isn't as easy as Cherry thinks it is. She finds herself working with Det, the son of a former cop who was secretly forced on the case by his father. Det's father is a retiree and an old friend of the King of Kiriman, so Det is forced to protect the to-be princess while she is journeying to Kiriman. Things get worse when the King's plans do not go so smoothly. At the beginning of the lakorn, Queen Sophie, the King's younger sister, orders her nephew to assassinate the King so they can take over the throne. The assassination failed but the King is paralyzed. After the failed attempt to assassinate the King, they plan to assassinate the to-be princess. The bad guys hunt down the location of the princess. Vicky does not know she is the princess and after some confusion, she and Cherry get mixed up in a bad situation. Vicky ends up on island with Pip Rawich and Cherry is mistakened for the princess...