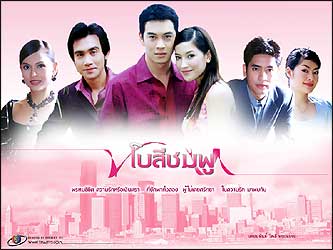 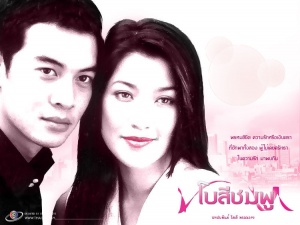 Bow (Angie) is a beautiful women who dates rich men. Unluckily she happens to be dating Date and Date's father at the same time. Worse both Date and his father have close ties with Poan (Chakrit). Since Bow and Poan are on bad terms after Bow had stolen the ring that Poan's mother gave to him, Poan plans to seek revenge on Bow by exploiting her actions publicly. Not long after Bow becomes an employee at Poan's hotel, where he is CEO. The two get tangled in a love-hate type of relationship. Bow little by little starts to fall in love with Poan, leading her to realize that money isn't as important as she thought it to be. While Poan starts to love and change his perception of Bow after getting to know her and her life's story better. Matters get complicated when two men plan to deceive and steal Poan's money, however Bow comes to know of their plans and she tries to help Poan out yet Poan's suspicion leads to a big mess of misunderstanding and jealousy.