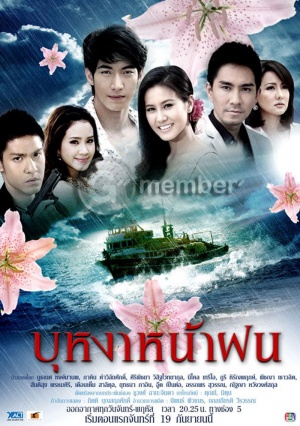 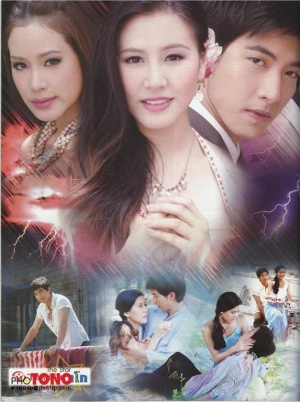 Pbanun (Aim) discovers an unconscious young man with a lot of blood on his body at her family's coconut field/plantation. She rescues him, which shocks Kiam (Suntisook) and Sahut (Puri) when they see him. They make an ultimatum to chase the young man away but at that moment, Navit (Tono) wakes up and recognizes Sahut's voice as the voice from the person who wanted to kill him; therefore, Nawit acts as if he's lost his memory. Kiam feels sorry for him so he allows Nawit to stay on his little house at the center of the coconut field/plantation. A fellow coconut plantation worker by the name of Doer (Ood) gives him a new name, Nai Praw.

Tanee (Captain) was the one who had ordered Kiam to kill Navit because of his desire for Navit's heritage. Tanee's wife, Rarin (Nicole) thinks that the disappearing of Navit is strange so she orders her sister, Nasa (Fang) to search for Nawit. Tanee overhears about the plan and sends someone to follow her. When Tanee finds out that Nawit is in fact, not dead, he blackmails Kiam by saying that if he doesn't kill Navit, Tanee, himself will take Kiam's daughter's life.

Kiam doesn't want to kill Nawit so he trades Navit with an anonymous corpse and tells Tanee that it's Navit's corpse; however, the plan is revealed and by this time, Tanee wants to kill Kiam, but luckily, Kiam escapes in time with his family.

Navit promises Pbanun that he will get rid of Tanee and stay with her forever; however, Navit has an accident and ends up losing his memory for real. Tanee takes advantage of this and tells Navit that Kiam was the person who wanted to kill him. When Navit comes back and sees Pbanun, he doesn't remember anything about her anymore.