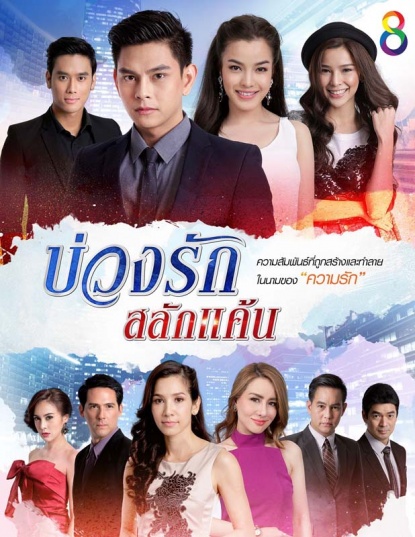 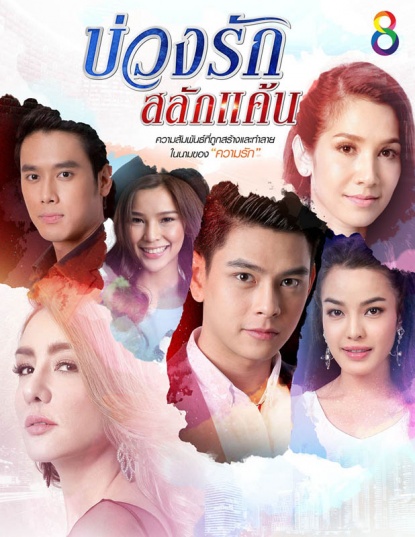 Just a short summary of how everything began with the parents... There's two families that fought in the past, and the present they meet again with their children. Baang Nam Peung, forty years before there was a floating market was once known for their mangos that was around the area. Cheun whose husband named Dtaa Chao, has two son, Bpong Pon and Bpok Bpong. Their home is close neighbours with Bua Pan, they have three daughters named Mala, Malai and Mali. Bpong Pon like Mali but she doesn't because he's punctilious and discipline. As for, Bpok Bpong likes Mala because she's a good person and he wants to win against Pan Leu who is the son of the district village chief and millionaire of the village. Both houses produced mangos together, Bua Pan who plants but the land belongs to Cheun. So problems happened between both houses that causes them to hate each other more and more. Especially when one day Mali was studying but slips into water and Bpong Pon tries to help but drowns and dies because of leg cramp even though he's a skilled swim. Bpok Bpong and Mala both secretly see each other even though both family aren't getting along, until she gets pregnant. Malai whom like Bpok Bpong, finds out about two and she had promised herself that she won't give Bpok Bpong to any other woman but only allow one person her sister Mala. And there's Daoraii whom used black magic to make Bpok Bpong love her, Pan Leu saw but once he knew it was for Bpok Bpong to love her, he didn't stop her because it meant he could have Mala.

Another Synopsis: The entanglement and love affairs of two neighboring families sets resentment which circles around to the next generation, fueling hatred and revenge, but also more love. The story is about Chuen's and Bua Pan's (grandma generation) two families. Cheun has two sons while Bua Pan has three daughters (mom generation.) The two neighbors' friendly relationship ends when one of Cheun’s sons drowns while trying to save one of Bua Pan’s daughters, Mali. Cheun’s remaining son, Bok Pong, goes behind his mother’s back to date Bua Pan’s oldest girl, Mala, as they are in love. However, things get a little crazy because of a love square: there’s a rich boy, Pan Leu, who also fancies Mala and a crazy girl, Dao Rai, who fancies Bok Pong. Dao Rai is obsessed enough to use black magic (a love potion) to capture Bok Pong. She succeeds; but, the black magic leads to unforeseen consequences -- In a confusing moment, under the heated influence of black magic, Bok Pong rapes Malai (Mala's younger sister) who had been there to scold Bok Pong for making her sister Mala pregnant. Mala later miscarries, while Malai finds out that she was impregnated when Bok Pong raped her. After the rift, the families go their separate ways and prosper in their respective trades. Eventualy, Mala marries the very rich Pan Leu (they go on to have 2 sons.) Malai marries Kongpope (they have a daughter.) Bok Pong ends up with Dao Rai (they go on to have a son and two daughters) although the paternity of the oldest daughter, Pan Wat, is questionable, since she could be Pan Leu's. Things don’t rest for long, because the mothers' generation fuels the fire of hatred for the younger generation. Mala’s youngest son, Chayapol, comes back from studying abroad to take over the family business, and meets Bok Pong's daughter, Pan Dao. Once he learns that Pan Dao's father had hurt his mother in the past, and fueled by his aunt Malai's prompting, he sets out to seek retribution by exacting revenge on Pan Dao, who easily falls for his charms. Meanwhile, Pan Dao's sister, Pan Wat, and Chayapol's brother, also develop an attachment. At the same time, her brother Patawee and Aunt Malai's daughter, Dutduen have fallen for each other, not knowing they are both fathered by Bok Pong. credits to: mydramalist