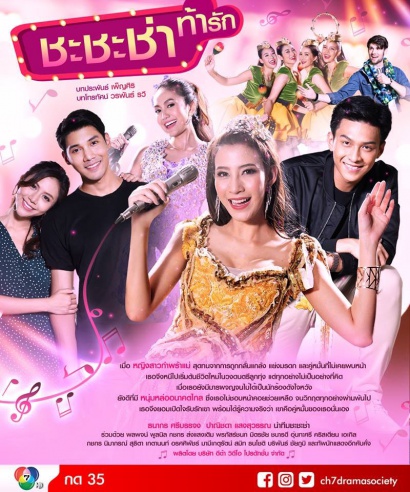 Sadudee and Karakade were engaged ever since they were young. However, Karakade's mother died and her father, Kern Suck remarried her aunt, Pan Jai. Pan Jai forbidded Karakade to meet Sadudee because she wants her daughter Kambri to marry him instead. Many years went by and Karakade and Sadudee never met each other again. Pan Jai and her servant abused Karakade whenever Kern Suck went to work. One day, Karakade runs away along with her friend Aum, to avoid Pan Jai's abuse. Pan Jai fakes evidence that Karakade died, but her father still hopes that she might be alive. When Karakade and Aum arrived in another city, both were starving and had no money. That night, there was a Luk Thung (Thai country music) concert. Some bad guys beat up Aum and were chasing Karakade. She ran and went inside the dressing room for the dancers and was mistaken to be Keawta, a singer, and was forced to go on stage and sing. Afterwards, she and Aum went home with Pop Prati and Mae Prati's dance group. They considered Karakade as the person who brought luck to their group, so the two asked her to be their daughter. Karakade agreed and became the singer for the group. While singing at a concert, a pocket picker tried to steal one of the audiences, Francis's wallet. Karakade immediately stopped singing and asked for others to help catch the thief. Francis was very grateful, so he wants to help out Pop Prati and Mae Prati's group since they don't have much money. But Francis happens to be Sadudee's friend, and Sadudee finds out that Karakade and Keawta are the same person. (Source: AsianFuse Wiki)