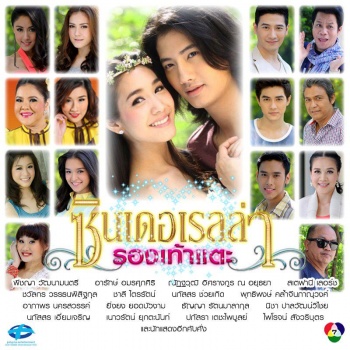 Haan (Min) is dowdy a shoes sales associate at BKK Plaza, a department store that Khunchai’s family owns. Bue (Pae) is a newly hired sales associate working in the men’s undergarment department. By chance, Khunchai rescues Haan when she passes out in the restroom. Haan wants to thank him in person but she realizes that she will never get a chance to once she learns that he’s the son of the mall owner. Maprow and Mam, Haan’s coworkers and friends decided to help by giving Haan and makeover so she can attend Khunchai’s party. Haan finally gets to meet Khunchai once again but out of embarrassment, she lies about being a socialite named Honey. But before Haan can explain and thank him, a photographer takes a photo of them together. Out of fear of her secret being exposed, she leaves the party and Khunchai in a rush.

As luck would have it, Khunchai has taken a like to Haan and wishes to date her. Haan cannot believe this since it has been her dream of leading a life like Cinderella. So with Bue’s and the rest of her friends’ help, Haan is able to keep pretending to be Honey. But how long can Haan keep living her life as Honey before the truth comes out? And will her dream of becoming Cinderella become a reality? Is a pair of glass slippers something that she wants or just a pair of flipflops?