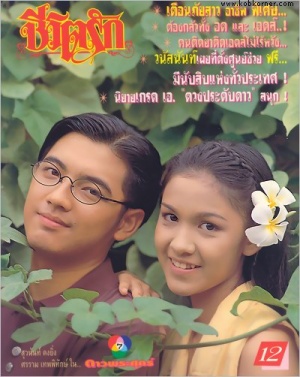 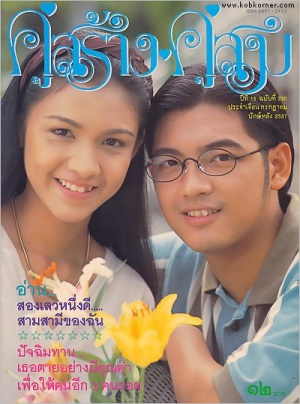 It is about Dao's (Kob) mother who in her earlier years was a young, naive woman who happened to get pregnant by a man of different class from her. After finding out she was pregnant, Dao's mother's caretaker took great pains to hide the young girl's pregnancy from her parents. After the birth of the baby, Dao's mother and the caretaker decided to give the baby up. Dao was then brought up by this couple but the hatred of the foster mother was only abusive and conniving to Dao. She had made the little girl grow up forcing her to do all the chores at home while also abusing her. Forced to live in such misery, and horrible lifestyle, Dao then escapes and goes to live at a brothel place. In the meantime, Dao's mother had married another man of the same class and have a young son about age three or four. When Dao escaped from the foster parents Dao ran into her mother's house, in attempt to steal some food to eat. Dao's mother's husband saw the little girl,(she was about 7 or 8) and started to spanked her for trying to steal stuff out of the house. Dao's mother came rushing in hoping to stop her husband from beating her, and then only to realized that this young little girl was no other than the daughter she abandoned. Dao's mother could not do anything and watch in misery her husband hitting her. She cannot tell her husband of her shameful past kept silent. After many years past, Dao continue living at the brothel place, even though she knows now who her mother was, from the nurse and the doctor who gave birth to her. __HIDER__

<hide> Dao is now about sixteen when she met a man. Phak (Num), that was his name, met Dao at the brothel (prostitute) place hoping to "get laid" by Dao. He thought she was no more than a prostitute. Instead, he was also intrigue by Dao's deceptive behavior, decided against his caretaker's advice, took her to his house to live there with him, only as his ward and nothing else. The irony of it is that Dao's mother is also (second cousins) a closer sister to Phak. She was happy and thrilled that her daughter came and live with Phak. Dao at this time was not immune to her mother's constant attention toward her. She knows that her mother's decision to gave her up was purely for the sake of honor toward her family and her husband. What really ticked Dao off is that her mother would not acknowledge Dao as her daughter when they are alone. Phak, who is her caretaker does not know the relationship between them. At this time, Dao who became conscious of her relationship with Phak was also depressed and unhappy for she was growing more and more in love with her guardian.

However, to add to this complicated twist of the movie, Dao's mother's husband's sister was also hoping to hitch Phak for a future husband. Reasmey does not understand why Phak would take his time to adopt such "disgusting, tramp" who Reasmey know was also interested in Phak himself. Phak however was also not immune to Dao's charm. The more he lived with her the stronger he felt for her.

However, much later, Dao then realized that her feelings for her guardian was more than physical attraction. To her horror, she fell in love with him and doesn't want to stay at his house to destroy his relationship with Reasmey. Her mother who was ignorant of her daughter's feeling toward Phak was hoping to pair her off with Phak's friend. The reason for this was that she thought her daughter was falling in love with the man she slept with a long time ago, and that is Dao's own father. Dao's mother arrived at this conclusion because at a party, she had seen her ex responding and wanting to get to know Dao more than friends. Phak also stated that this old man, also had been coming in and out to his house to see Dao. In the meantime, Phak wasn't prepared to acknowledge the burning jealousy he had toward his friend or the old man. All he knows is that his feelings for Dao was growing stronger and stronger each day. Reasmey, who was not only conniving, and disgustingly mean, told Dao that her staying at his house only bring trouble and misery to him. That he felt responsible for her. Upset, Dao had agreed to take the money the old man offered to give her to repay her debt to Phak. Later that night, she placed the money in his bed. As he was changing he saw the check and came storming into her room and throw her duffle bag with her clothes away, asking where she got the money. Dao became frightened at his action (he was never like this) ran to the other side of the bed hoping to escape him.

In complete anger and aroused by his feelings for Dao, Phak decided to take her there and then. Dao had always managed to anger and aroused him like no other woman was also disgusted with what he did. However, who loved him felt that he only used her for sex. The spice of this lakorn was that she continues to sleep with him many times after the rape.

After everything had calmed down, Dao had decided to leave Phak again because she thought he doesn't love her. (In which I believe he doesn't. He might lust after her but she was more in love with him.) Tired of their verbal fightings, Phak decided to let her go to give her some time to be away from him. Their relationship was still there but at this time Phak was incense with jealousy as he heard that the old man was also hoping to win Dao's love and to marry her.

Phak then told her to wait for him until the time is right for him to acknowledge that he will marry Dao. Dao felt that she was only good for sex, decided to marry the old man. Phak came to take her out to eat and saw the glittering diamond ring, became bittered and began calling her all sorts of names. Dao, upset and angry went with the old man. In the meantime Dao's mother heard of the news, came over to Dao's father's home without her husband knowing. She let Phak take her to Dao's ex to tell Dao that she cannot marry this man. Dao's father told them that he intend to marry Dao and that he doesn't understand how it is any of her business. Frantic and scared, Dao's mother burst out saying that Dao is his daughter and Dao's mother went in complete hysterical. Dao who have not much of opinions for her mother could only simply look at her mother in distaste. Phak then finally realized the complex relationship she had with Dao.