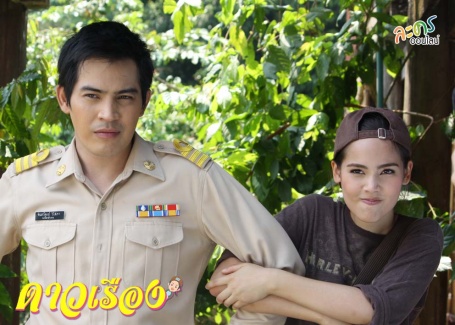 Things are much more abrasive, a tad more dangerous and all the more torturous for our pr’ek Por Thrisadee. He plays Jin, a newly enthusiastic, inexperienced Deputy (Bpalat) from Bangkok who gets stationed in the countryside. This particular village is a tough gig, not many Bpalats have survived it for more than a couple of months. But Bpalat Jin is up for the challenge. The village is still backwards in their ways and is run by a bunch of ruffians. There are two opposing groups, Phu Yai’s son and Dao Reurng. Bpalat gets entrenched in their warfare. But he is determined to improve the village and their regressive ways.