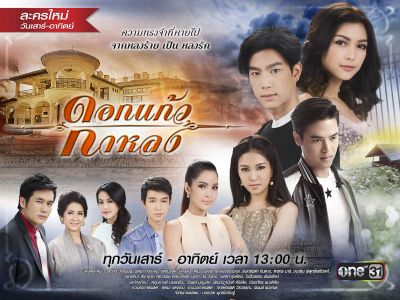 Dokkaew lives with her father and stepmother. Afraid that her husband's money will go to her stepdaughter, Dokkaew's stepmother tried to kill them in an accident. While struggling to get up from the accident, which hurt her father, Dokkaew is again hit by a car driven by Chit's mother who takes her to the hospital where she is diagnosed with amnesia. Chit's mother takes Dokkaew to her own house and names her Kahlong. Chit believes that Kahlong is faking her amnesia to take advantage of his naive mother and is suspicious of her while being attracted to her as well. Dokkaew's freind who is trying to find her meets with Chit's sister without knowing the relationship. Source:mydramalist