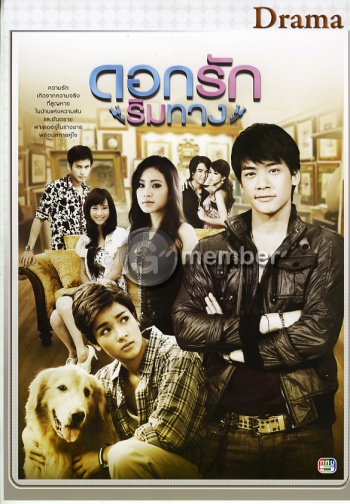 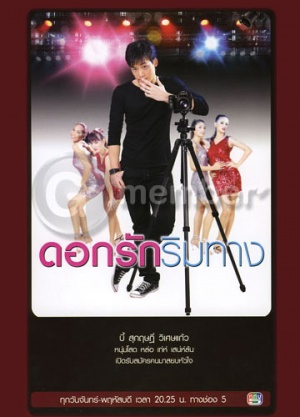 -a photographer, a perfect man, a man that many women desired. Pathavee is the new owner of a mansion.

-a beautiful young lady, confident of herself, came back from out of country upon her father's death. Once she got back, Anusorn found that Jitree sold her father house to Pathavee. The only thing that Jitree left for her was a dog named Hungtu. Anusorn disguised herself as a boy and tried to get situated in Vee's house to look for the will.

-a beautiful movie star, younger sister of Jitree. Janejira became Vee's girl friend because of his status in society and wealth. She has a very high aspiration, heavy spender, self center and always wants to win. Janejira hated Anusorn as soon as she saw Anusorn's face.

-a cute young lady, a dreamy girl. A very polite girl but has a very low self esteem, her personality can be ticked.

-a young and irresistible hi-so, full of laughter, a friend of Anusorn. Thanh will do anything for Anusorn. Thanh fell in love with Patcha as soon as he saw her.

-a former movie star who wanted to get rich fast by catching any man with heavy pocket. She finally caught Anusorn's father. Jitree was the reason why Anusorn's parents went separate way. Not long after she moved in with Nusorn's father, she started having an affair with Sithisak.

-a former bartender and Jitree's lover. When Jitree's husband died, Sithisak appointed himself as Jitree's assistant and right hand man who would carry out Jitree's dirty jobs.

Dok Ruk Rim Tang is one of the lakorns that people should watch. There are Bie, Vill, Fang, Anuchyd, Toey, Ann, etc... Fans will not only see Bie threw away an image of a singer and turned himself into a cool photographer. You will see a sweet Vill turned herself into a young sweet looking man, too.

All of the news media who were at the mansion documenting scenes of DRRT agreed that Vill looked as handsome as Bie. At the same time, fans will see O-Anuchyd in a new role as a millionaire who often fights with a proper young woman, like Toey.

Dok Ruk Rim Tang is a story about a young woman named Anusorn whose father suddenly died. Upon returning home, Anusorn found that her father's new wife has sold the house and left her with Hungtu, the dog as her only piece of inheritance. Anusorn became suspicious that something was not quite right. She tried to find out the truth and almost got killed in the process. As for Pathavee, a young photographer who constantly argued with Nuanjan (his mother) and Pavina (his older sister) about Janjira, a sexy actress and a younger sister of Jitree. Nuanjan and Pavina believed that Janejira only wanted Pathavee's money. As a result, they tried matchmaking Pathatvee with Patcha, one of their friends' daughter.

Pathavee bought the house from Jitree. Anusorn disguised herself as a boy named Ooth in order to go back to her old house to look for the truth inside the house. She became Pathavee's assistant. Anusorn asked Thanh (her trusted friend) to help with her disguise.

Pathavee and Ooth became very close. Vee started to have feelings for Ooth. Vee became so depressed about his feelings towards that he even went to consult with a Pchygologist. Janjira kept on nagging Vee about their marriage. Vee agreed to marry Janejira against his mother and sister's wish. Ooth who also developed feelings for Vee, felt very bad about Vee's up coming marriage. Ooth decided to pack up her belongings and leave the mansion. Vee caught Ooth trying to take one of the painting from Vee's office. Ooth lied to Vee and said Anusorn sent her to look for the will. Vee believed Ooth and agreed to help look for the will.... Stay tune for what will happen next.....