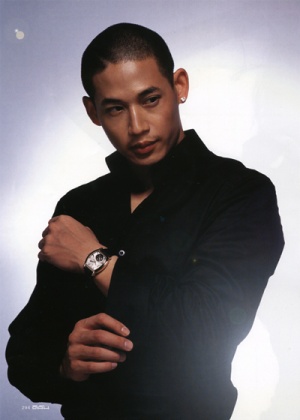 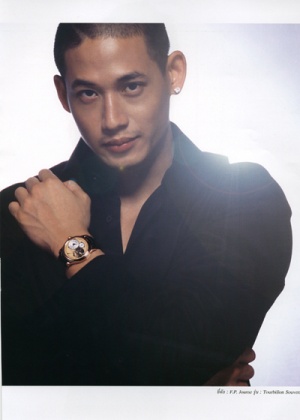 Don Theerathada is one of the most exciting talents ever to grace the Thai film and TV industry. Don won the prestigious Golden Statue Award for Best Actor in a Leading Role in the film "Fah" (nominated for 22 Golden Statue awards and Thailand's highest grossing film at that time). After that, came a slew of parts in features that lead to 6 series regulars for network Thai TV.

Years prior, while attending George Mason University, Don competed in the 110m High Hurdles for the Thai National Track & Field Team as well as representing the U.S. National Tae Kwon Do Team instantly making him a national hero. Don's newfound status garnered him large campaigns for Nike, Tag-Huer, Ray-Ban, and Oakley. This lead to commercials, and ultimately starring roles in feature films.

In 1999 Don was sought after by Chris Lee for management in America but Don chose to stay in Thailand due to his increasing popularity and demand. While in Thailand, Don was also heavily recruited by the prestigious Jackie Chan Artists Group. They currently still represent him in Hong Kong.

Now Don has recently relocated to California. It has always been Don's dream and plan to return to the states to further his acting career. What Thailand loses in one of it's brightest young stars will be our gain in what hopefully will be a new blossoming career in America.