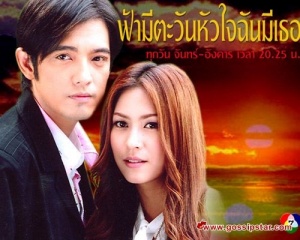 Num wants revenge on the maid that took his mother's place until she moved out and died. He comes back 20 yrs later to to find that she is the boss of his jewelery company and he seduces her. He then falls in love with her adopted daughter (Jui) who she never loved, it was all Num's dad's idea to adopt her. Bee is having an affair with Num's stepmom, to make matters worse Bee likes Jui too and what's gross is that Bee took care of Jui ever since she was little now so him at age 30+ and Jui in her early 20's makes things awkward.