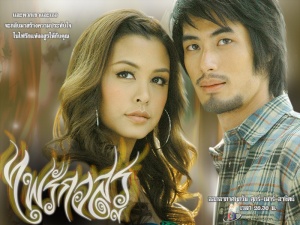 Kaew is a fisherman, who lives with his wife (Wan) and daughter. He loves them so much. One day, Wan leaves him and their daughter and runs away with another guy. Kaew is very angry at her and went searching for her. Kaew encounters Tuangporn, who is going to get married with Witoon, her boyfriend. Kaew misunderstands that Tuangporn is Wan because she looks exactly like Wan. Kaew kidnaps her back to his home. With anger, he punishes her by making her work hard around the house. Tuangporn tries to tell Kaew she's not his wife, Wan, but he doesn't believe her. Later, Tuangporn sees the good side of Kaew and falls in love with him. But sadly, Wan comes back...