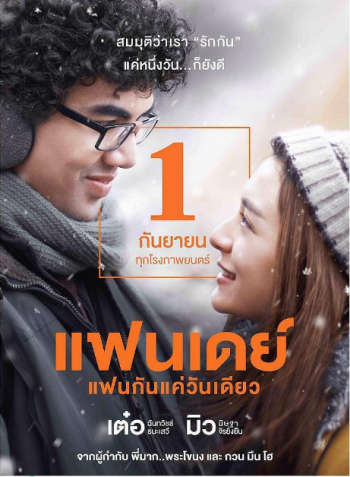 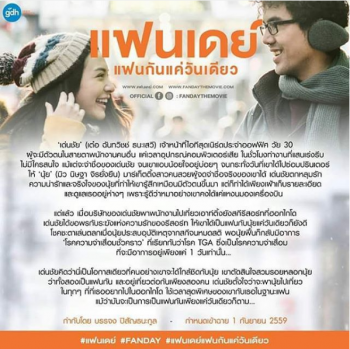 Denchai (Ter) who is sort of a nerd who doesn’t much get notice or credit for the work he does develop a fondness of Nui (Mew) who he had helped fixed her computer. Nui does notice Denchai but he believes that he would never get an opportunity to date her. Their work place sends their employee on a ski vacation and during their vacation, Denchai prays to the love bell wishing that Nui can be his girlfriend for a day. All suddenly Nui got into an accident and lost her memories for a day. When Denchai learned of this, he then took the chance and told Nui that she is his girlfriend. Believing him, they spend their day as a couple.