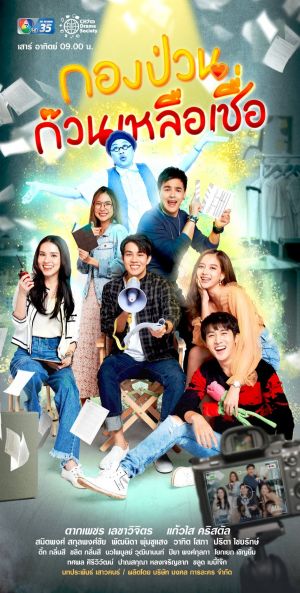 Namon, a handsome young man from the province who dreams to become an actor, went to Bangkok to join a studio. On that day, a robbery occurred in the studio and director died of heart attack. The director could not reincarnate due to his unfulfilled commitment to the drama. So, the ghost of the director asked Namon to act as director and complete filming of the drama. In return the director's ghost will help him become the greatest actor ever.

Kwandee is the producer of the drama, she does not believe that Namon is the actual replacement of the director. So, things are going to be chaotic for Namon, who has become an accidental director. Will they complete filming? Will his dream of being an actor be fulfilled? Will the director's spirit be reborn again? (Source: Channel 7, Lakornian Youtube Channel)