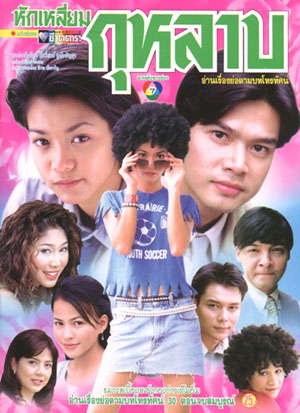 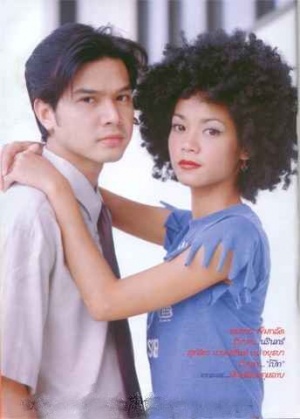 Tao has never been able to forget how he lost his younger brother at the amusement park when they younger. He’s now a grown man and works successfully in his family jewel company. His mother and father wants to put out and ad to find their long son in the papers. Tao takes control of it by interviewing the people that claim that they are his brother.

Nook, her brother, and a friend of theirs were on the run from these bad guys who they owed money too. They are hustlers and they needed a way to get money to pay their debt and get their freedom. Among the people who claim that they are Tao’s brother, Nook’s friend is one of them. At the interview he brings Nook’s brother and Nook waits in the living room. Her friend was the only one that Tao could not catch any fault to that he wasn’t his brother. So he was asked to return the next day but this time he failed cause he did not have the birth mark that Tao’s true brother had.

He was kicked out of the house and Nook was very disappointed in him. Mad at her, he dared her to do it herself if she thought that she could pull it off. She took the challenge and altered herself to look like a man. She even went to the tattoo parlor to get the birthmark that Tao’s true brother would have. It was three moles straight down the next. Her plan was put into play when she jumped in front of Tao’s father car as he drove by. He brought her to the hospital and when the nurse read the name on the fake identification card she made with Tao’s brother name on it. overjoyed Tao’s dad brought her home and told everyone that he had found his long lost son. Tao was hard to convince he did everything to try to find some fault in Nook. Anan Boonak, he was in charged of the accounts at Tao’s company was also called upon to try to convict Nook as a liar. But neither could find anything to convict her. Tao was never believed that Nook was his brother and never trusted her either. Their grandma came and she as well tried to find something odd about Nook but she ended up believing Nook and later fell in love with her.

Their grandma had a like caretaker that Tao had fallen in love with. Tao’s mom had a best friend whose daughter was in love with Tao and Tao didn’t like her much. In fact he didn’t like that family too much. They also had a son in the family and he was a pervert. He was also Tao’s mother God-son. Tao and Nook did not get along with their mother God-son family. Tao still didn’t believe that Nook was his brother but he was starting to like her. Nook wanted to help Tao so she helped Tao get closer to their Grandma caretaker. The two understood one another but the girl that liked Tao would always intervene and her and her brother would always cause some kind of scenario to make the two misunderstand one another but Nook was always their to help. Until something happened and the caretaker started to take notice in Nook and fell in love with Nook. Nook was very charming and so many people fell for her; girls and gay men. Even older women. Tao finally accepted her as his brother and the two got along really well. Tao was jealous of Nook in some aspects. The attention that he was getting from the people around him. As well as the attention of the woman that he loved.

Nook was also falling for Tao and she has fallen for the kindness that they all gave her and she could not go on with the plan. Which was to get a few grand so that she could pay off the debt and get her freedom. At this time we find out that Anan was embezzling money from Tao’s company. Nook also ran away from the house and everyone was depressed about it. Anan was called to find her and return her. She refused to go and was going back to Patiya but Anan kidnapped her brother and so she agrees to return. He also knew about her scam all along. He had proof of her real identity on tape. This time on new conditions made by Anan. He wanted the beach resort that Tao’s grandma gave to Nook thinking that she was her grandson. As well as a large amount of money. The bad guys were also on their tails and found out what Nook was up to and they wanted to rob the house. They tried too but Nook’s friend came to help in time. Tao decided to take some time off and so they went to the beach to relax. They were very close to one another.( In my opinion too close for a brother to brother moment) That night they went swimming and Nook drowned and when Tao pulled her out of the water he noticed that his brother had breast. Nook tried to lie again but later the truth was revealed and she left the house.

Tao then found himself thinking about her a lot. He went to see her but she didn’t want to see him but when they finally got to talk he found out that her brother was kidnapped and recognized the place in the picture and decided to help. So they were off to help her brother in what was Tao’s old business building. Tao almost got her brother free but the accomplice of Anan came and tied him up. Just as he was going to shoot him Nook came in with a knife and she too was tied up. They were going to get killed andTao wanted to hear Nook say that she loved him. He told her that he loved her and they kept asking for things before they were killed. They got loose and Tao fought with the guy with the gun. I don’t remember too clearly all that happened here but Tao was almost shot but the cops came and Nook rushed to him and the caretaker could see that they cared for one another.

When Tao was better his grandma asked Nook to watch the resort until Tao’s real brother came. She went and both Tao and herself thought of on another. Tao finally went to see her at the resort. He told her that he had found someone he was happy with and that they were going to get married soon. She congratulated him with tears in her eyes and ran to her room to pack realizing that she loved him but it was too late. She got into a car expecting to be driven to the airport but she was driven in circle. Tao in disguised asked her questions about how she felt about him. She answered them truthfully in tears. He then stopped the car and she got out and he took of his hat and glasses and she was furious with him for lying to her and ran way. He followed and they talk and he asked her to marry him but she didn’t give him an answer but asked where the adults were to settle the engagement. He brought his grandma over and she asked for her hand in marriage to her grandson but she was too embarrassed and ran off towards the beach. He followed and put the ring on her finger told her how he felt and they hugged.