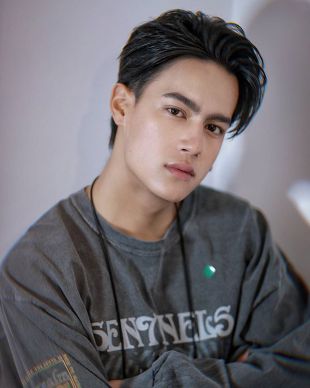 Paris began his acting career in 2017 as a supporting character in the GMM25 show "Project S: The Series", in the episode SOS Skate. He then appeared as the supporting character "Chi" in the hit show, "In Family We Trust". The show's director, Songyos Sungmakanan, created the character of Chi based on Paris including his love for music, his guitar playing as well as the story line of Chi's mother having the same disease, acute leukemia, as Paris's actual father. A year after that he appeared in the LINETV series, "Great Men Academy" as "Vier". He was given his first leading man role, opposite Nuna Nuengtida, in "Nee Sanaeha". Most recently he has appeared as one of the main characters, Pat, in the LINETV series, "Bad Genius: The Series".

Aside from acting, Paris is also a singer. He was a member of the project boy group, NinexNine, and also released solo songs as well as collaborations with other singers including his fellow former NinexNine member JJ Krisnaphum Phibulsongkram.

He attended New Sathorn International School before enrolling in the Faculty of Communication Arts program at Chulalongkorn University where he is currently studying.