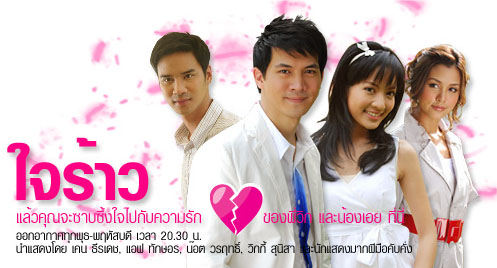 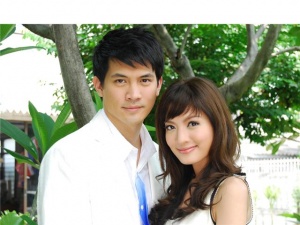 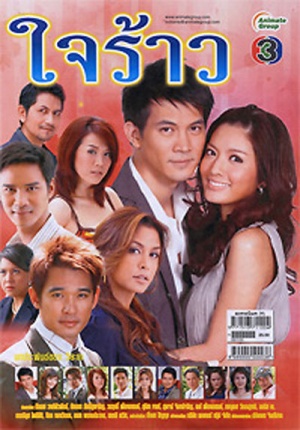 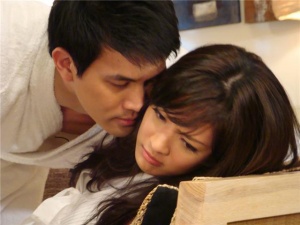 Jai Rao is a bittersweet story about two lovers, whose perfect fairytale was cut short.
Koravic’s mother abandoned him as a little boy. His neighbor Aoey was the only woman in his life. As they grew up together, they both fell madly in love with each other. Koravic’s father soon grew sick. On his father’s death bed he asks to see Koravic propose to Aoey. Koravic arrive at Aoey’s house only to find that she had run off to America. Confused and devasted, Koravic returns to his father with no woman by his side. Koravic burst into tears on his father bedside. Heartbroken to see his only child in such pain, he quietly passes on.
Now, eight years later Koravic had rose to become one of the most sought after actor of all Asia. Koravic was nominated and had just received the highest honoree for being an actor. As Koravic is about to leave, paparazzi bombarded him with questions about his love life. Just then Koravic looks up to find himself staring into a familiar pair of eyes, Aoey’s.
Why did Aoey suddenly return? And most importantly why did she suddenly disappear all those years ago? Will Koravic and Aoey ever be able to return to be like the same? The ending is hard to imagine. But it is evident that the road to recovery will be rough as both of them have changed. Koravic is now a bitter, self-centered man and Aoey herself has returned from the United States with another man who loves her dearly. Watch to see if this fractured heart of Koravic will ever heal.