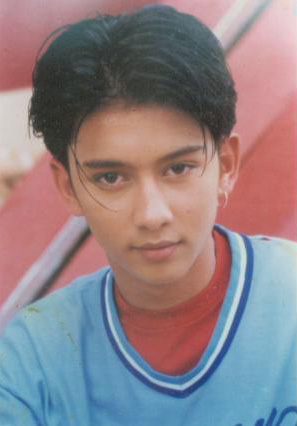 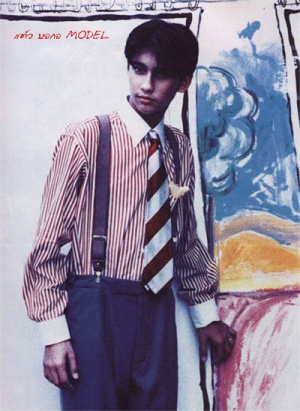 John Dylan was half Thai-British. He was born in Bangkok, but grew up in Chonburi. Before his death, John was filming Muer Mok Salai, this lakorn went on-air and filmed at the same time. John never finished filming this lakorn, because on Dec. 1, 1995 he died in a car accident. John's role was replaced by his best friend, Andrew Gregson (Andy), many people say that the both of them look alike.

John died from an accident on Dec. 1, 1995. The cause of his death was from driving. On the day that he died, John was driving from Bangkok in his gray Porche on Sukhumwit St., Sriracha District, Cholburi Province in high speed and his car flipped over causing the car to catch on fire. John was stuck inside the car, the people around that area could not help him in time, so he was burned along with his Porche.