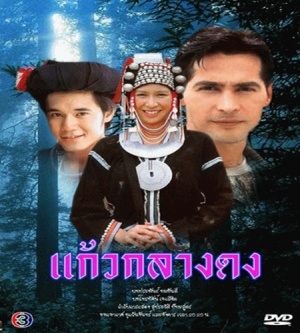 After her father passes away, Mewadee (Pok) has to go live with Khun Nai Sompao (Johnny). Khun Nai Sompao promises Mewadee's father that he will take good care of her. However, things don't go as planned because Khun Nai Sompao has a fiance named, Waan, who is always picking on Mewadee behind Sampao's back. Later, Mewadee's best friend, Fahlun (Tae), go to the big city to find her and Khun Nai Sompao allows him to live there too. Fahlun falls head over heels for one of the servants, played by Mam Vichuda. Still, things are still the same. Nothing gets better and even worsens when Sompao falls for Mewadee. Mew, on the other hand, also falls for Khun Nai Sompao. Then, there is Sompao's best friend, who is a cop, who also harbors feelings for Mewadee. He confesses his love for her and she accepts because she doesn't want to be the third hand in Khun Nai Sompao and fiance, Waan.