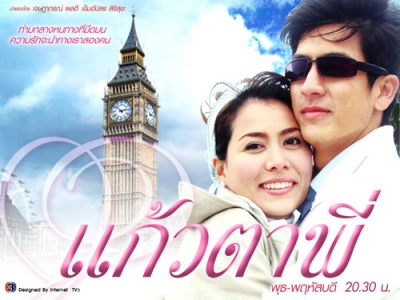 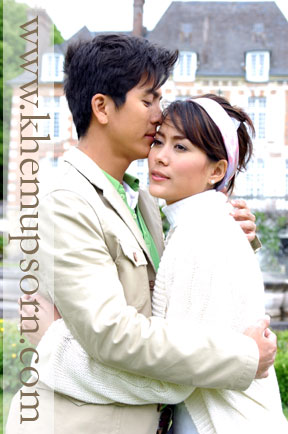 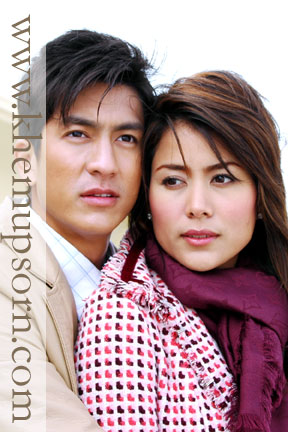 After being humiliated for being a mistress by her ex-boyfriend’s wife, Lada contemplates suicide at the edge of a bridge. Before she can make up her mind, Nu accidentally bumps into her, causing her to fall off the bridge before she can make her decision. Fortunately, Nu is able to help Lada up, and after yelling at him, she learns that Nu is blind. Feeling gulity, Lada helps Nu to his home and mistakenly believes he lives in a shack. She assumes that he is a poor blind man who is still able to live happily. Seeing how Nu perseveres, Lada makes peace with her past and tries to move on. Nu, who is actually very wealthy, helps Lada to do so. However, before Lada can settle into her new life, her ex-boyfriend and his wife find her and again cause a scene.

To help her get a way from all her troubles in Thailand, Nu convinces Lada to go with him to France to help care for him after his eye surgery. To make the travel arrangements easier, Nu talks Lada into being his legal wife on paper. Before heading to Paris, Nu finally reveals to Lada his wealthy background while introducing her as his wife to his employees, including his lawyer and the lawyer’s family. Devastated that Nu is now married, the lawyer’s daughter, who is also in love with Nu, recruits the help of Nu’s ex-girlfriend and the wife of Lada’s ex-boyfriend to help break them up. Nu’s ex-girlfriend and the lawyer’s daughter’s plans are so grand that they even follow Nu and Lada all the way to France to make it happen. And so, the drama begins as Nu and Lada start to fall for one another only to be sabotaged by their ex-girlfriends’ deception and Nu’s own “seeing is believing” suspicions.