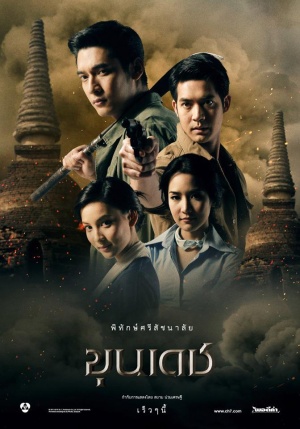 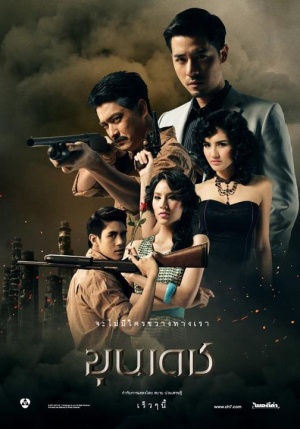 Khun Dech lakorn is about ‘Khun Dech’, played by Vee Veeraparb, who lost his childhood memories from shock after witnessing his father being murdered brutally in a cave. His father was the guard who took care of the Buddha idol found in the cave, who died from trying to stop the thieves from cutting off and stealing the Bhudda idol’s head. When Khun Dech remembered everything, he began seeking vengeance from all the bad guys, as well as looking for a murderer. Weir Sukollawat played ‘Yongyuth’, and Jakjaan Akhamsiri played ‘Dara’. Both are Khun Dech’s best friends who knew each other since they were young. Yongyuth is determined to become a cop, and Dara wants to be an Archaeologist. Yongyuth secretly loves Dara, but Dara likes Khun Dech. Green Atsadaporn played ‘Buathong’, a pretty dancer who Khun Dech will fall in love with.

All of them have different ways to protect their country’s posession, but what they share in common is the love for their country.