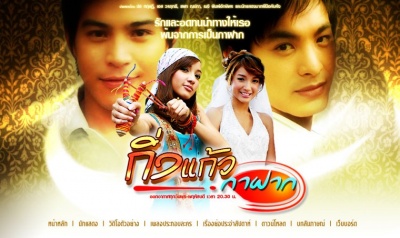 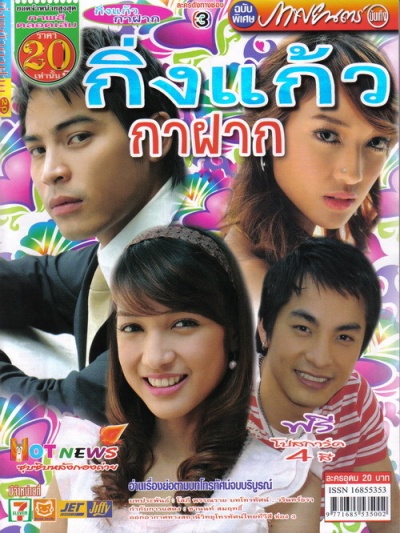 King Kanok, a beautiful young girl. So pretty that she is being envied by Siriwipa, daughter of the middle branch family Atiwuch that has the fortune and status. Somyot and Nanta, whom is the head household and also has another son named Bpit. Bpit is the eldest son and is continuing his father's million dollar business. His sister, Jintara, who seems to be very different from her siblings because she is the only that's on King Kanok's side and defends for King when she is being called "look mia noi" a.k.a "child of the second wife"

King Kanok is the daughter of Patnee who is a close servant of Nanta's. Patnee becomes Somyout's unwilling and is pregnant. Nanta feels sympathy for her and decides to take care of the child. One day, something unexpected happens. Nanta becomes furious to her mother-in-law as soon as King kanok is borned because Walai adores King Kanok so much that she is going to give King Kanok the family's inherited diamond. Nanta and Walai argues. Walai accuses Nanta of being too greedy and slaps Nanta. Nanta becomes so angry and loses her sense. She grabs the knife and stabs Walai. Walai dies immediately. Everything is really chaotic now. Patnee comes in to help Walai and the knife falls into Patnee's hands while Somyot comes in and sees.

She is accused of being guilty. She does not fight back because of the loyalty she has for Nanta that provided for her through her whole life. Nanta is frightened and stirs up a story saying that she heard Patnee and Walai arguing about the diamond. Somyot is very disappointed and bears a grudge against Patnee. King Kanot at this age, even though very young, had the whole image of violence impressed in her memory. King Kanok sees her father calling the police to arrest her own mother. After this event, King Kanok has never seen her mother.

King Kanok becomes the child that everyone despises. Somyot's disappointment changes the way he treats King Kanok. He treats her no different than when someone treats a slave. Even the slightest of all servants in the house treats King Kanok like dirt. King Kanok grows up to be a young girl that accepts her fate. Patnee on the other hand, has her own problems to face. She becomes pregnant while in jail and gives birth in jail. Patnee quickly contacts Amnuay and Rooji, her close relatives, to take her new baby girl and raise her without letting Somyot know that he has another flesh and blood. Kaew Ked grows up in a heart warming family with a small house by the seashore. Kaew grows up to be a very heard headed girl because she has to protect herself and survive on her own. She has to help her mother and father with repairing boats jobs and other general jobs to keep their family up. As time goes by, Patnee is released from jail. She doesn't want to see her daughters because she doesn't want them to know that they have a mother that was in jail before. She then decides to live her life as a nun. One day, fate will have a cue for everyone's sin that had been caused. Kaew Ked coincidentally meets with Intat. Intat is around that area because he is trying to recover from his break-up with many girls that had broken his heart. Intat is planning to ride his yacht to an island where he has his own personal house there. Before he is able to, he gets into a car accident with Kaew. They both became main enemies since. As times goes by, events changing, the atmosphere between them changing, the little thin connection of thread they have together begins to twine without the owners themselves knowing. From anger, from voices of hatred grows a relationship of care. Loving or not, only their hearts will know.

King has to face the disaster of Siriwipa in the morning all the way to her sleep where, even there, she has nightmares. King prays for her to escape from this terror in quick days. It has seems that the above is starting to respond to her prayers. Early one morning when King accidentally caused a stain on Sirirwipa's shirt turns into a big problem because today is the day where they're going to have a special guest coming. She has to be pretty this day because the guest is Satita. Satita is Bpit's new girlfriend. Even though Siriwipa is not familiar with her brothers new girlfriend, she doesn't want to seem inferior. Siriwipa is punishing King severely. At this time, Bpit is bringing his girlfriend home. Bpit tells Satita that his sister is just punishing a servant in the house. Satita, whom is inconsiderate, walks pass by like it's noting. Her bother, Panoo, whom disagrees with his sister's continuous dating habits, sees the incident and can not tolerate it. Panoo goes and helps King. From then on, Panoo always tries to find ways to help King. This caused Siriwipa to hate King Kanok even more. King does not tell why she is tolerating this, but Jintara sees that Panoo is true to King and tries to find a occasion where she can tell him the reason. Panoo listens but is not believing it fully. Panoo feels sad that he cannot help his lover. He's upset that he and King may never be because of all the wicked people. He will not give up, but what should he do? To see how the twins lives will circulate around and finally meet each other, stay tuned for King Kaew Kar Fak.