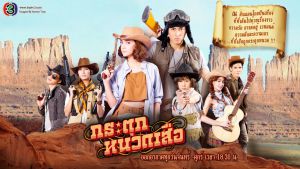 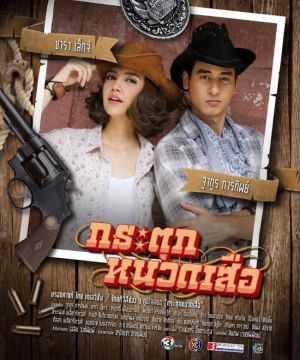 The Story takes place in Arayan, a place in the country. There are groups of robbers and the top ones are called Seua or "Tiger". One of the groups whose leader is Seua Tongbai (Not Vorarit) is not like the other groups. They rob from rich people who take advantage of the people and return the money back to the poor who are in need. The youngest and newest of the group is Poot (Pop Thagoon). Poot is an orphan whom Seua Tongbai and his wife YaJai (Benz) found when he was still a baby. Poot is a car mechanic in Arayan and he is also a spy for Seua Tongbai. He will go tell news if anything comes up. He meets GinKaew (Sara) on the first day that she comes to Arayan and they get into an argument. GinKaew is a doctor who has graduated from medicine and healing of the chinese people. She also learns the secret of Poot and Seua Tongbai, but because of the goodness the group does, she decides to join them for the benefit of the poor.

Then there's the legend of Luang Poo Khem. He is believed to be the strongest of all Seua that was alive 100 years ago. Before he died he hid his treasures in the most dangerous place and only his bloodline can hold them without meeting with any Casualties. When the bad people found out, they all go and try to get the treasures because it is believed that whoever has at least just one piece of the treasure, they will be unbeatable.