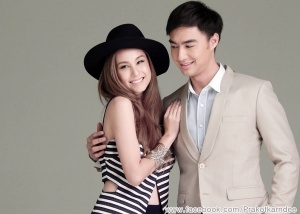 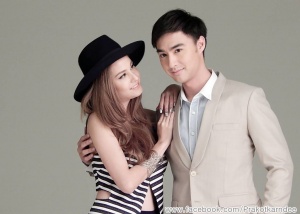 A romantic comedy. The story of a gardener's daughter Korjun who was once labeled as an ugly duckling by the brother of a cold businessman Sila. As they grew up, Sila continues to be the obedient, strategic, and mature son while Natee is a womanizer, dating women until he becomes bored of them. Korjun, know called Angie, returns from studying in the States as a beautiful girl. Her goal is to charm Natee into loving her then dumping him as he did to her when they were younger. Unintentionally, Korjun is drawn to Natee after he helps her escape a fashion show. Natee also returns her feelings this time, however Sila has another plan of his own. Sila wanted Natee to marry Lena who he has chosen for him. Lena's father is a well-off businessman who can help support Sila's company which is suffering financially. Sila tries to break the two apart without success, even locking her in his bathroom once. He eventually tries to make Korjun fall in love with him. Love begins to blossom as he gets closer to her. Therefore, the two must choose to continue following their plans or follow their hearts.