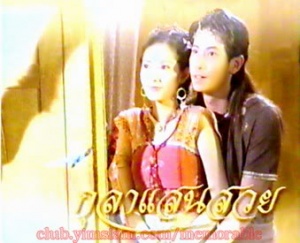 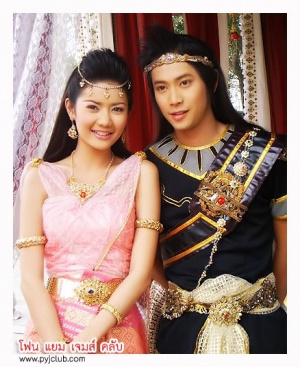 It's the remake of Sanook Noi Rern Ngam. It's about Aom being the princess was kicked out of her kingdom because the shaman for the king said that she was going to cause trouble for their country. She was born with a golden house that she always took with her. On her way on her journey, she met Kula, a forest girl who ran away from home after burning it. Kula was bit by a snake and Sanook Noi brought her back to life with a magical orb that she had also. Since she helped Kula, Kula promised to take care of her on her journey. When they grow up, they met the prince and Both Kula and Sanook Noi liked him, but he only liked Sanook Noi. The prince was dead after having a battle with a dragon? So the king said whoever could wake him up would get to marry him. By that time Kula forced Sanook to go and use her magical orb, so the prince woke up. Kula and Sanook had lied that it was Kula who had woke him up and that Kula was Sanook Noi (her name was Sanook). Sanook let her because she always thought of the times when they were little that Kula had always helped her.