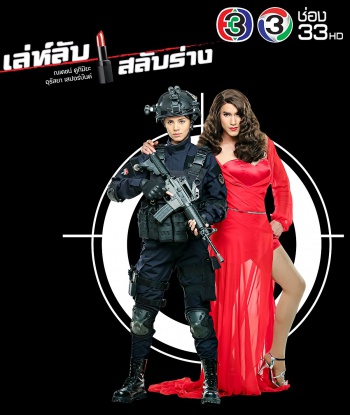 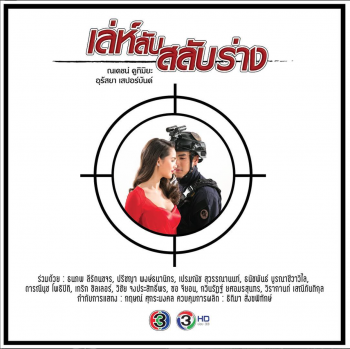 "When you are a soulmate, destiny will bring you together." But if both of them still have pride and proud of their gender, and think that they are better than the other. It will be hard to understand each other, and will never be able to be together like it said above even though they are soulmate.

Just like Captain Ramin (Nadech) and Petra (Urassaya), their both are soulmate that never end up together for many lifetime. Because they both think that they are better than the other in every way. In this lifetime their karma make them switch their body. To help them understand and learn about each other life. Then the trouble start when the manly policeman transform into a girlish policeman. At the same time, a sweet actress is acting only action fighting role. It make all the people around them so confuse. And the differential of their body, the body that they are not familiar with. Make him and her so puzzle.

Will this body changing help create love, reduce their stubbornness inside their mind and help them to become the soulmate with happy ending after the failure in many lifetime. Find the answer in "Leh Lub Salub Rarng" .

Warning: This Article Contains Spoilers Below this Point

When a young couple who in love of their own image (Narcissus) and they never love anyone else. As for the man, he thought he is better than a woman including body, emotion, mental strength. As for the woman, she think that she is the most beautiful woman in the world and she can easily make anyone to fall for her. Heaven had punished them by swapping their bodies. At the end they have to learn how to be loyal, know how compromise to each other and that is the true love.

Captain Ramin Toongprapeung is a crime buster which well known from a special commando unit. He has a nickname as " Captain Iron Hands" because he had helped victims from the accident with his iron hands many times in the past. He is well known for being arrogant and proud of his manhood. He think that male is better than female. He only sees women as sexual objects. He clearly think that he can be unfaithful to his girlfriend "Nok Yoong". With the unfaithful act had made his underling "Lieutenant Arkom" not very happy about it. Because he is secretly like Nok Yoong. "Petra Pawadee" is an actress who is stepping up to be the world-famous actress when she was chosen as Pearl Of Asia. Petra has the same attitude as Captain Ramin. She is an arrogant person and very proud of her beautiful look. She looks down on men as if they are nothing to her and people around her too.

Heaven has made them nearly died in an accident. They fell from a tall building and they had exchanged their souls. A fake seer had to taking care both of them because he is the only one can communicate with them. But they could not find a way to get back to their bodies. Both have been forced to mimic each other personalities. So that they can go back to daily routines without being suspicious. Ramin in a body of Petra will has to act exactly as Captain Ramin which she had failed to do so. It's caused everyone having a really bad headache. Petra become an actress with a tomboy look who could not be able to act as before. Petra tried to flirt with a temptress actress named Ajjala. On top of that she had an altercation with Arthit Aniruth who is an actor ( he's homosexual) which made Petra's manager Aum Orachon and Danu a director having a hard time to dealing with it. As for Captain Ramin who has a nickname Iron hands had become a weak hands, he acts softly like a girl. His underling including Arkom suspected that he's acting as a man to cover up his true identity. Especially when they had to defusing a bomb in a luxury hotel. Captain Ramin fainted a couple of times and did not know what to do with the situation. But the most pitiful person is Nok Yoong, she is confusing with ladylike behaviours of Ramin. And he obviuosly tried to put some distance between them. Nok Yoong stressed out and turns to Arkom who is always giving her comfort and eventually the fall in love with each other.

Ramin (in Petra's body) got a clue that Rittichart a famous organizer who is trying to steal Petra from Aum. He was the one who planned the attack on Ramin. He's also involving in transnational organized crime. Rittichart had his eyes on Petra. He is trying to get her. He wants to take advantage of her while she is being famous in overseas in order to expand his influence especially drug trafficking. Petra refused to sign a contract with Rittichart. He threatened her when his assistant Tormanee found out that Petra's mom was a cook named Sida which she worked at the same place as Petra. Rittichart threatened to tell everyone about her personal history and her mom was a mama-san before. Ramin in Petra's body was threatened Rittichart back about he was robbed diamond tiara from Lady Puangkram (Ramin's mother) for insurance money. Ramin got the information from "Sitala" a journalist who has been working on Rittichart's case.

Arkom confessed his feelings to Nok Yoong. He was not happy with Ramin. So, he cut ties with Ramin. Because he thought that Ramin acted as bisexual just to avoid getting married to Nok Yoong. Then, Arkom was proposed to Nok Yonng instead. Ramin(in Petra's body) Petra(in Ramin's body) came to congratulated on their wedding day. They crashed the wedding party. When Petra was drunk, she's trying to harass Nok Yoong. Ramin needs to prove himself by challenging Arkom to show his scared and amulet under his clothes. Arkom believed that was really Ramin who's in Petra's body. But Arkom's in the trouble because a picture of him wearing only underwear hugging ultimately with Ramin(in Petra's body) being circulated on social media. Ramin and Arkom knew Rittichart was going to do drug delivery to Chimplee'gang. Rittichart offered Danu filming at his sea side hotel for free. Lady Pyangkram has suggested that the cast and crew doing a charity work at the temple which situated deep in the forest next to the hotel. Ramin, Arkom and the team were trying to find out where drug is but it seemed they couldn't find it. The coach of celebrities has been robbed and the drug that police was looking for was in Petra's bag which given by Rittichart.

Ramin and Petra were fleeing into the woods. Ramin (Petra) sacrificed his life protecting Petra's body (Ramin) from a bullet. Both fell off the waterfall and managed to crawl up the bank safety and lost consciousness. When they woke up, they realised they are back to their own bodies. Both confessed their feelings to each other and they have learnt to sacrifice for the others. Therefore, the heaven was kind enough to make them go back to their original bodies. At the river bank, they both just let go their feelings and desire. Captain Ramin come back as a Captain of Iron Hands. Ramin plans to unveil the truth of Rittichat at press conference at his mansion. Petra must sacrifice her job in overseas which Rittichart was arranging for her. Petra is willing to sacrifice for her job because money is not important to her anymore. Tormanee felt repentance and give full cooperation to Aum. They took out the tiara diamond to show to Rittichart and Puangkram (Rittichart's mother). Puangkram was shocked and disappointed that her own son was a criminal. Rittichart was arrested. He confessed to Ramin that a tiara diamond was fake. He told Ramin, he's not the one who planned all this and did not know that person.

Ramin noticed something was wrong and hurried to see Petra who is taking care of Puangkram in the bedroom. Puangkram said she was the one who planned everything. She wanted to kiĺl Ramin and Petra because Ramin destroyed her drug production many times. As for Petra, she does not want Petra to be her daughter in-law. Ramin managed to help Petra and Puangkram was arrested. Everything went well, but they switched bodies again when they fell down from mansion's staircase at the same time. The second time of switching bodies has made their lives very miserable. When Ramin(in Petra's body) found out that Petra was pregnant. Both accepted of what happens in the end. Everyone gave them courage and support especially from Nok Yoong and Arkom. Nok Yoong believed Ramin and Petra have switched bodies. Nok Yoong and Arkom are back together and get married in order to protect their public reputations. Petra,Aum,Tormanee and Danu become friends and opened their own company. They told Petra and Ramin to get married soon and announce the good news.