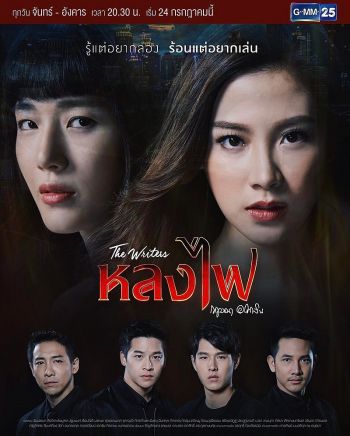 Karnkaew a girl from province to study at Bangkok. She can upgrade herself to higher class when she got income by being courtesan. Her best friend is Chala a unambitious girl who just work as waitress to paid her credit fee

Karnkaew get with Gunchorn teacher who teach in school at province, meanwhile she flirt with Arwut her boss at company but she decide to break off with both of him because she liked to spend luxury life and both Gunchorn and Arwut can't paid these things for her, so she need to find new man who can do this

Then she meet with Choan only heir of millionaire who's playboy. Karnkaew seduce him by her charming and well performace in bed, and he's mad about her - After that, Choan move to live with Karnkaew at her condo and his mother stop giving him money. He become pimp that leech money from Karnkaew. Then they're break up and she let him to his mother because she can't stand with him

By the times pass, she leave her old agent and meet Kiaw Dutson other pimp. He make her receive a guest, and she will be beaten when she don't do it and need to leave. One day a guest take her offer to spend with him at England. She decide to accept it because she need to leave Kiaw

Karnkaew realize that she will be sold at aborad and sent to Germam. She feel like to be in hell when she has to receive guest all day all night untill she get sick. Then Karnkaew can't stand it and don't give in to do it, even she's beaten. Finally, she's strungled for punishment (Credit: One of the Asianfuse member)