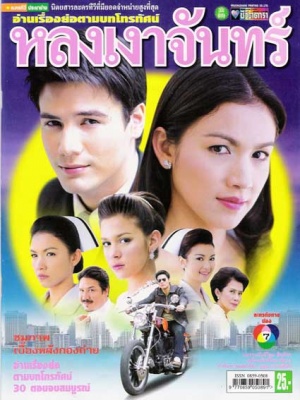 Pim is the sencond wife's child and daddy's girl. Pim's mother died whe she was child so her father with his parent's agreement, took her into his family's house whereas his first wife and their daugther also lived there. Pim's stepmom and stepsister always ill-treated her and took her as a maid. The stepsister was always jealous of their father's love for Pim so she would go around doing bad things and tricking men while using Pim's name until she would dump them. Her most recent boyfriend that was tricked died because of an accident of drunk-driving after she broke up with him. Ae (Stpehan) was the friend of the dead boyfriend of Pim's stepsister however because his friend wrote that his girlfriend's name was Pim and was working as a nurse, he mistook the real Pim for her stepsister. He wanted to take revenge on her for causing his friend's death. Ae went looking for her in the hospitals and found her and stalked her with hatred everyday. Ae got engaged with Pim's stepsister because their mothers were friends in order to get close to her. He schemed to get revenge against Pim by making Pim be hated by her family. He kissed her but instead said that she kissed him until she was ignored by her beloved dad. Ae got into an accident and became paralyzed from the waist down. Pim's stepsister, as his fiance, refused to take care of him and very seldom saw him but Pim took good care of Ae and accompanied him through his therapy until he fell in love with her gradually. Ae realized that Pim was not a bad person who could easily hurt people's feeling so he confirmed with his dead friend's parents that actually Pim's stepsister who was the one who caused his friend's death.

However Pim couldn't easily accept his love because he was her sister's fiance even though he pursued her. He kept coming to the hospital and pursued her, not giving up with his friend's encouragement. In the end she finally accepted him and they ended up together while the step sister and stepmom also realized their mistakes.