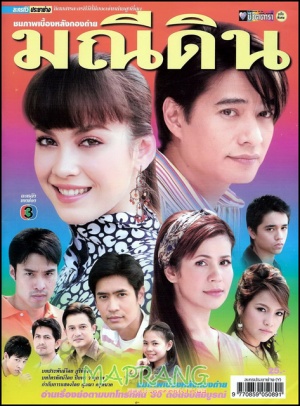 Matt was the eldest daughter of a Yigké dancer. Matt's mother was an alcoholic. Matt's younger sister was a cute and intelligent girl. Matt's younger brother was so innocent about the society. She was very pretty and hoped that someday she could also dance Yigké like her mother.They were poor and make their living on Yigké dance and also washing neighbors' clothes.

Kong was a producer (?) for a music video company (?) and is also engaged to the daughter of the company's owner. One day he went to film Yigké and hire Yigké group in which Matt's mother was in. Unfortunately, Matt's mother was not well on that day and the group leader asked Matt to replace her mother's role. Kong met Matt with a flash of first-sight love. However, he couldn't show anything since he was already engaged, and his fiancée was a narrow-minded person.

One day, the Yigké leader wanted to assault Matt, but Matt's mother came and help her. To get rid of him, Matt, her mother and her sister escaped to Bangkok and they also wanted to find Matt's younger brother, who was lured to work in Bangkok.

In Bangkok, Matt luckily met Kong. Later on she knew that Kong's fiancée was her half-sister (same father, different mother). Her father asked Kong to take care of Matt's family while he traveled to do business abroad. Kong later asked Matt to work as his assistant in the company and later on became a model for the company. Kong's fiancée was very angry for she thought that Matt tried to steal her father's love from her as well as her fiancé's. So she and her mother tried to do every way to get rid of Matt and her mother. She was later on caught by the police for trying to harm Matt.

After becoming a model, Matt was getting more famous and was nominated to an annual award for her performance. However her beloved mother who got really addicted to alcohol got a severe disease and was sent to hospital. Later, she died.

Matt and Kong got to know each other's feeling and promised to get married and take care their love for their whole life.